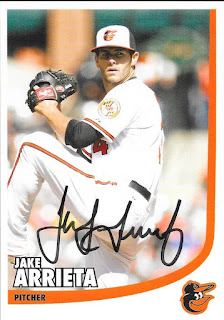 Well, two of the four division series are decided with another ending later tonight, followed by the Mets-Dodgers ending tomorrow.  With the Cardinals being eliminated, we will have a World Series winner that hasn't been crowned since at least 1993 (Blue Jays).  One remaining team has never won the World Series (Astros), one hasn't won since Kirk Gibson in 1988 (Dodgers), another hasn't won since Marty McFly traveled through time (Royals in 1985) and one hasn't won wince my great grandparents were school children (Cubs - 1908).  Although, Back to the Future Part II did predict that the Cubs would win in 2015.  So what if they missed the AL portion of the series.  The big takeaway was the Cubs winning.

All of those years taken aside, there is something that can be drawn from this season's playoffs.  Baseball indeed has the parity that has been sought after for so long.  No one team has dominated the sport since the Yankee dynasty of the late 90s.  You can make an argument that the Giants winning three out of the last 6 seasons may qualify, and you are right to do so.  Regardless, baseball is really even across the board.  So many teams have a chance to win it all, I mean, who really predicted the Astros to make it this far this year?  I didn't think the Rangers would make it to the playoffs when Darvish went down.  The Cardinals were besieged by injuries, but still managed to win 100 games.

I'm hoping the Cubs can go ahead and end their streak of futility this year.  Proving Back to the Future Part II correct would be really cool, but seeing a bunch of happy (real) Cubs fans would be a nice treat.  Not the bandwagoners, but the real fans who have suffered for so long.  I know a few of them, so I'm hoping they can be happy at the end of this season.

We are in for a good show, no matter what happens from here on out.  I'm excited.
Posted by William Regenthal at 9:18 PM