A Good Way To Spend a Rainy Saturday 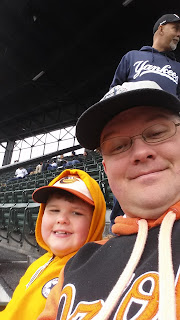 I surprised my son with a trip to see the Orioles play the Yankees this weekend.  I picked him up from school on Friday right after he had lunch; with all of the rain in the area, he was actually going to have an early release, but I got him anyway. 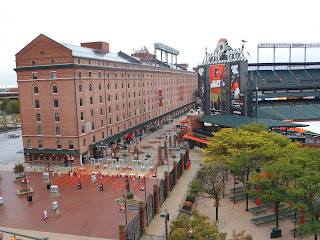 The plan was to catch the 7:05 game this evening, but the Friday game was postponed to noon Saturday, making the day a double header.  I decided to walk to the box office and pick up some seats for the noon game. 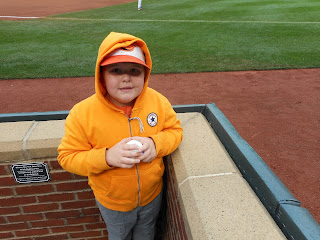 Chris and I got into the first game really easy.  There was hardly anyone there at all, even tough the Yankees were in town.  We were able to walk right down to the wall and do a little bit of "graphing."  We were both able to get baseballs signed by Steve Pearce. 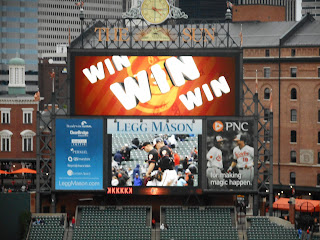 The Orioles won the first game with a score of 9-2.  The O's offense looked great, and Wei-Yin Chen looked really good in his final start for the Orioles.  Nolan Reimold reached base 4 times, and scored three runs, which was nice to see. 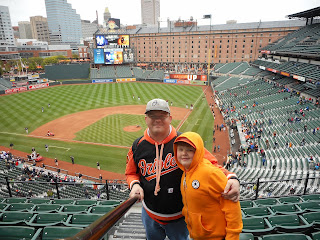 Chris and I had a good time at the game.  The rain held off for the first game, but it was pretty cold. 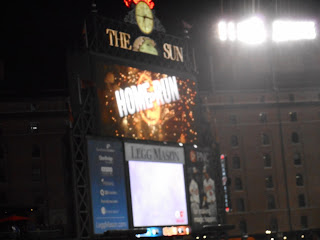 Between games, Chris and I hit the hot tub at the hotel to warm up, then headed back to the field.  It was a giveaway game (I got a free knit bomber hat), and there were quite a few more people there.  Chris was given a free hat from a Yankee fan who didn't want theirs.  We got to see Nolan Reimold lead off the game with a home run; this was Nolan's first leadoff homer in his career.  We also got to see Manny Machado hit homers in each game. 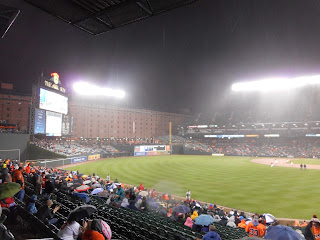 A light mist occurred for most of the game, and the score remained 3-3 for a good portion of it.  Ubaldo Jimenez was pretty tough to watch, since he threw a ton of balls out of the zone, but he held the Yankees in check for most of the game.  TJ McFarland pitched two scoreless innings, and Zach Britton got the save after Paul Janish scored in the bottom of the 8th on a wild pitch. 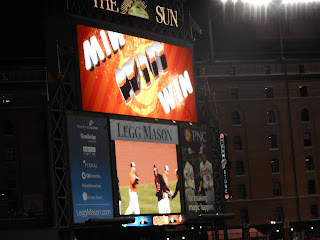 Chris and I enjoyed our first double header with an Orioles sweep over the Yankees.  I'm so glad I planned this trip with him.  He and I have jad a good time so far, and we are seriously considering going to the final game of the season tomorrow.  He has school on Monday, but since the game is at 3:05PM, and it is a bobblehead giveaway, we may still go.  I think he will be ok, but we will see how the weather is in the morning.
Posted by William Regenthal at 10:46 PM