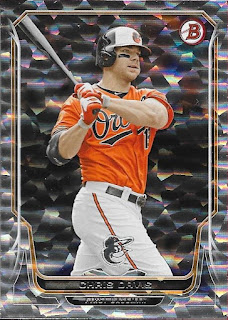 I'm so glad I have kept my Chris Davis PC spreadsheet up to date (for the most part).  I was able to use it at the card show when I picked up that 2008 Bowman Chrome card of his.  It also came in handy when I made a recent COMC run.

I was able to pick up this 2014 Bowman Silver Ice parallel that I thought I already had.  Yet, one look at my list, and no, I didn't have it, so I added it to my card. 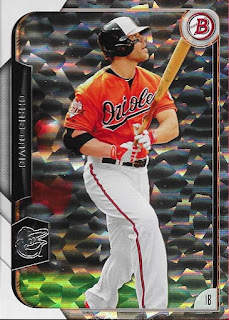 They had the 2015 Bowman Silver Ice parallel as well, so I went ahead and picked it up, too. 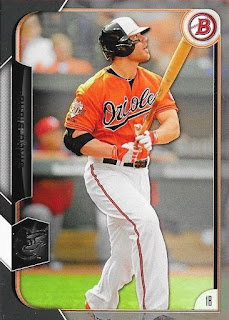 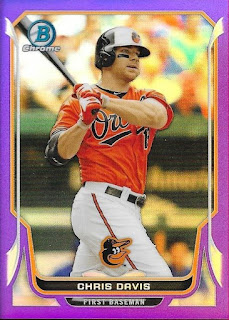 I also grabbed this purple parallel from 2014 Bowman Chrome, only to find out that I DID have one of them.  So much for keeping my list up to date.

Andrew had actually gotten me one, as well, since it wasn't listed.  I have since corrected that error, and now will have three, once I take delivery of the one Andrew got me.