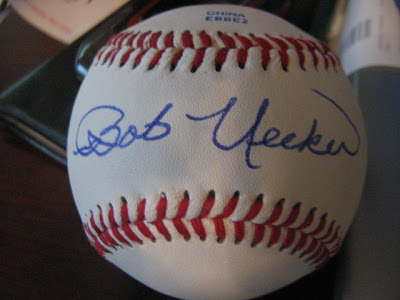 I mentioned yesterday that I got 2 baseballs in the mail, well, here is the second. None other than Hall of Fame Announcer Bob Uecker. I remember coming home from school and watching Mr. Belvedere with my oldest brother (before Major League came out) and Mr. Uecker was a star of the show.

Obviously many know him from his character Harry Doyle from the Major League movies. Uecker was also a catcher in the majors from 1962 to 1967 for the Braves, Cardinals and Phillies. He retired with 146 hits, 14 home runs and a .200 batting average.

Uecker makes my 38th Hall of Famer and my 21st TTM success! 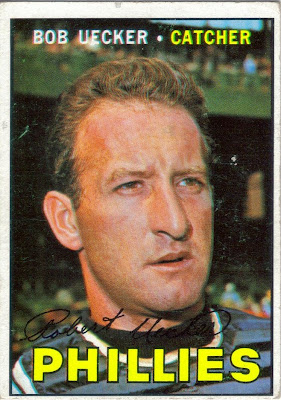 Posted by William Regenthal at 7:05 PM

I can't think of Uecker without remembering Mr. Belvedere.