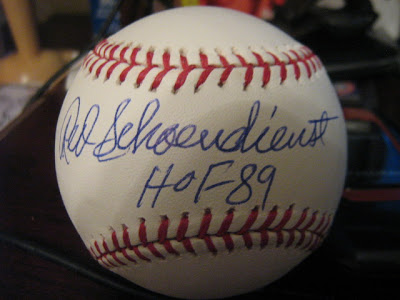 Here is the second of the 3 balls that I got off of ebay recently. I have been trying to get a Schoendienst ball for a good while now. I had hoped to get him TTM, but he signs so sporadically, I figured it would be easier to just buy one. He is my 35th Hall of Famer.

He was elected to the Hall of Fame in 1989 by the Veterans Committee.
Posted by William Regenthal at 5:59 PM