Lots of Mail From my Good Buddy Drew

I can always count on my good buddy Drew to send me cool stuff periodically, and this latest batch of mail from him was no different. He was kind enough to share some of his spoils from the great and wonderful mystery binder. 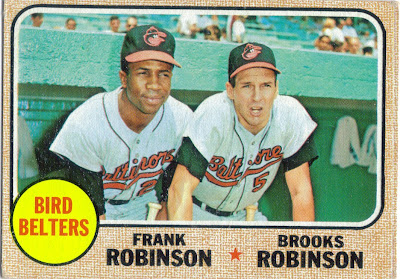 First up is this awesome 1968 Topps 'Bird Belters' card showing Brooks and Frank Robinson (no relation). I love the 1968 set, and this card is an awesome part of it. 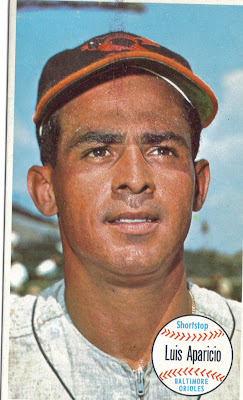 He also included some Topps Jumbos (I think these are from 1967). First is former Oriole shortstop Luis Aparicio. I just missed landing an Aparicio auto off of ebay the other day, but I was outbid at the last second. He is definitely someone I plan on knocking off of my list very soon. 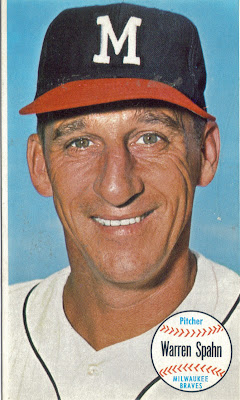 I also got this awesome Warren Spahn jumbo. You can never go wrong with the winningest lefty of all time. Spahn was amazing, and I'm glad Drew included this card! 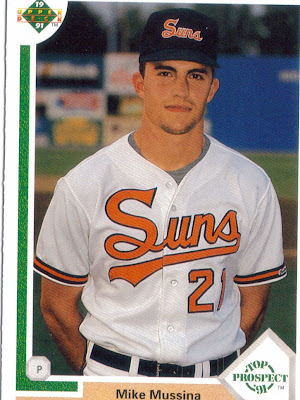 Drew had a couple extra 1991 Upper Deck Mike Mussina RCs, so he threw one in for me. I'm sure I have this card somewhere in my collection, but I can't find it, so when I saw Drew had thrown it in, I was really happy. Mussina was a great pitcher who is vastly underrated, in my opinion. He should be enshrined in Cooperstown in the not too distant future. 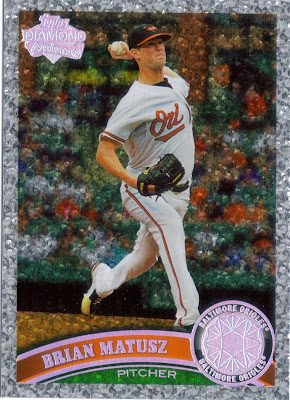 Speaking of Oriole hurlers, Drew included a Topps Diamond parallel Brian Matusz. Matusz has yet to throw a pitch this season but is scheduled to make his 2011 debut on Tuesday against the Mariners. He can't get into the rotation too soon. The O's definitely need another starter who isn't a guaranteed loss. 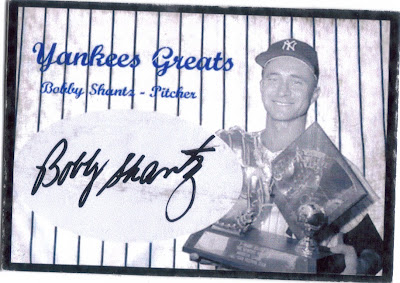 Finally, Drew included his damaged custom that he had signed by Bobby Shantz. Drew was having some issues with the type of glue that he was using, so when this came back damaged, he sent off another one, to much greater success. I just think it is a cool card and was glad that he thought of me to give it to.

So, if you haven't checked his blog already, please head over to http://drewsbbcards.blogspot.com and give him a read. He is a great blogger, and an even better friend. Thanks buddy!!
Posted by William Regenthal at 7:44 PM

Thanks for the info!

Glad you liked the cards! Just a little revenge for you loading me up with such nice stuff over the past couple of months hahaha :)