Another player Drew was able to have sign for me was former Cy Young Award winner LaMarr Hoyt. 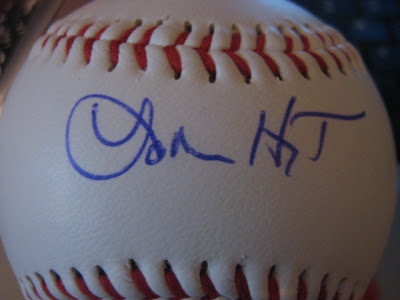 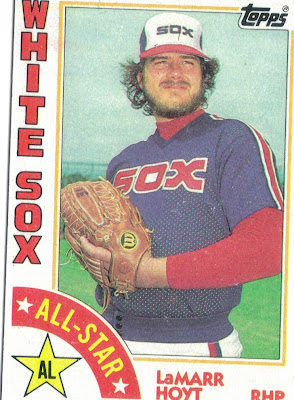 Hoyt's once promising career was derailed by numerous off the field problems that revolved around drug use. He was arrested 4 times on various drug possession charges and was banned at one time by then commissioner Peter Uberroth. The ban was lifted by an arbitrator, but Hoyt would never make it back onto a Major League field. Today, he is drug free and serves as a roving instructor in the White Sox system. He is definitely one of those 'could have been' players who you wonder just how good he could have been if he had been able to successfully battle his demons before they ruined his career.
Posted by William Regenthal at 8:50 PM

pretty cool that your friend sends you these balls!

I never realized until after I met him that he got in so much trouble. In fact, I knew close to nothing about him, but it was still cool to meet him nonetheless.