Max and I have wated to bust something together for a while. We last busted a box of Topps finest and went halves on a box of 2010 Allen and Ginter. We couldn't decide, for the longest time, on what to bust. Finally, I saw the checklist for Pro Debut Series 2 and we settled on that. So, we each got a box and commenced to busting. 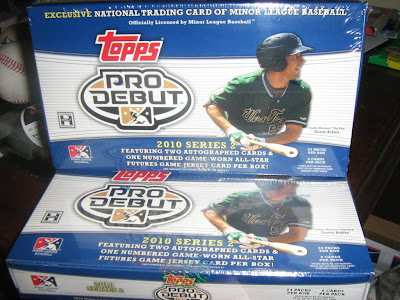 Each box was to feature 2 autographs, and one Futures Game relic, so we figured we'd be able to get some sweet hits, at a cheap price. We also liked that a lot of the players on the checklist were ones that we had seen this year at all the minor league games that we went to. 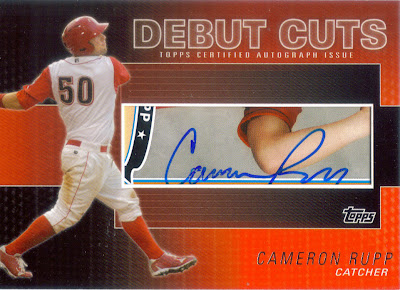 I ended up pulling this cut auto of Cameron Rupp. Not a bad card, I really like this cut auto, and I'm curious as to what card it was cut from...? 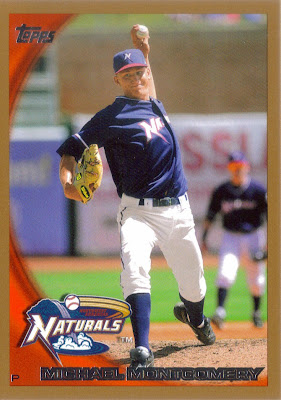 Speaking of players that I saw in person. Michael Montgomery = WOW. I saw him pitch for Wilmington against Kinston this year where he carried a no hitter into the 7th and struck out 17 batters. He's really good. 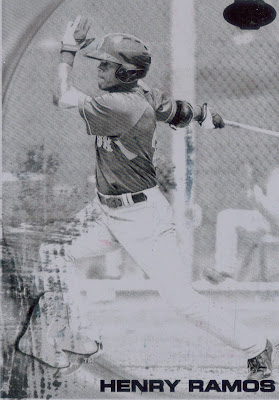 I pulled this awesome printing plate, too. Look, it still has ink on it! It has been a while since Ive pulled a plate. I'm probably going to hang onto this for a while. 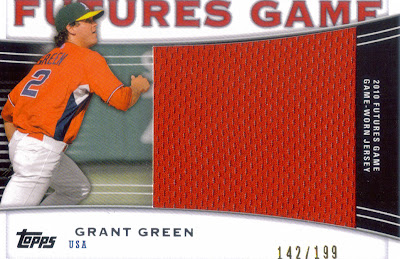 I like the Futures Game relics in that they're so huge! I think all relic cards should be this big. Those little specks of bat or jersey just don't do it for me anymore. 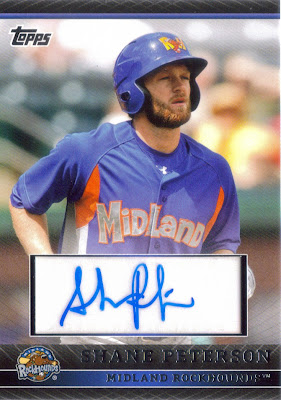 I got another auto! Shane Peterson. Never hard of him, but thats the point of this set. 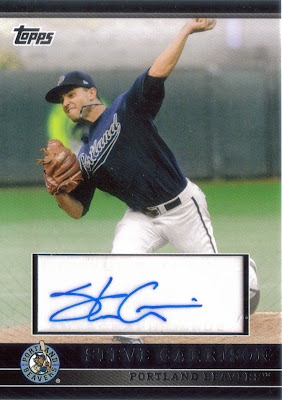 Wow, a 3rd auto! Haven't heard of Steve Garrison either, but I'm ok with it. Not too bad, right?
So, I ended up with: 3 autos, a gold Mike Montgomery, a relic and a printing plate. I also got a couple blue variations, but they weren't anyone spectacular. All in all, though, Max and I had a blast opening these boxes. I really like having these minor league cards and may take some with me to games next year for autos... not a bad idea.
Posted by William Regenthal at 12:00 AM

That cut alomost looks like it's one of those "Aflac" cards. That would be my guess.

That cut auto is definitely, from their AFLAC autograph signing. Just like last year, they butchered the original card to insert into this product. I personally think it's a shame and wrote about it in my blog a couple months back.

Yeah, nice break, though I am going to agree with Sanders. I think that if they wanted the Aflac cuts, just keep the card and produce it again! Dont chop it up! These guys are too young to have cut autos! On the positive side, I love the relics, and the regular autos (Jesus Montero <3)