For anyone expecting this to be a card of 'The American Dream' Dusty Rhodes, you'll be sadly disappointed. 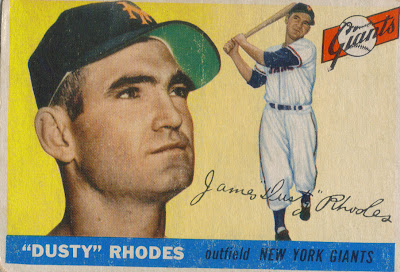 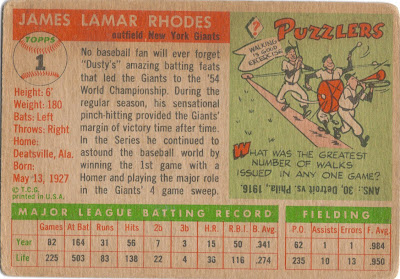 All 1955 Topps cards are horizontal, with vivid coloration. A head shot of the player is featured, along with an 'action' shot. All backs of the cards are also horizontal, depicting stats from the 1954 season, as well as a line for lifetime statistics. Each card has a little bio on the player, and a cartoon with a question and answer.

After his playing career was over, he helped his friend operate a tugboat for 25 years.
DECEASED (1)
Posted by William Regenthal at 12:00 PM