I was in Raleigh on Friday to take (and bomb) the second half of the ASBOG exam (the professional geologist exam). After I fried my brain for 4 hours, I met up with Max and we went to Cardiac Cards in nearby Cary to wind down and relax. 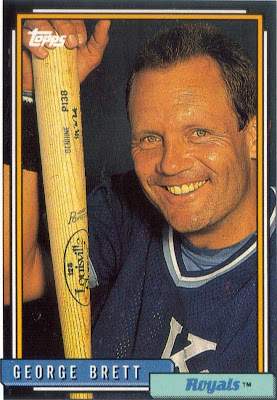 After a little bit of debate about what we wanted to do, we decided to spend a little money on a box of 'junk wax.' 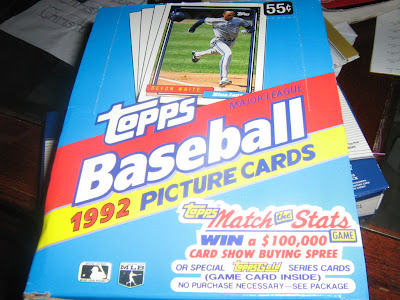 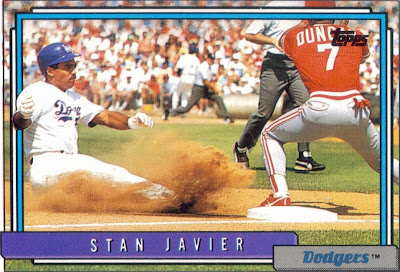 I really liked the photography in this set. It looks like Topps brought their A game to this set with some of the photos. See the above George Brett, and the Stan Javier and you'll see what I mean. 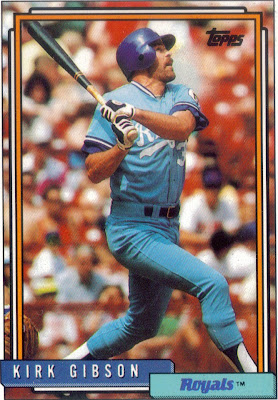 Here is an example of a player playing for a team toward the end of their career that doesn't seem to fit (Willie Mays as a Met, Hank Aaron as a Brewer?). I had no idea that Gibson played for Kansas City. Wow. Was a nice surprise, though. I like cards like this. 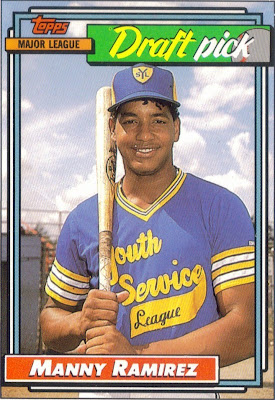 We did get the Manny RC, so we acheived our goal. I doubt what we ended up with paid for the box, but Max and I had a good time opening it. That was worth it, in my opinion.
Posted by William Regenthal at 3:37 PM

Cool break, even as a Yankee fan I kinda like that Manny card for some reason