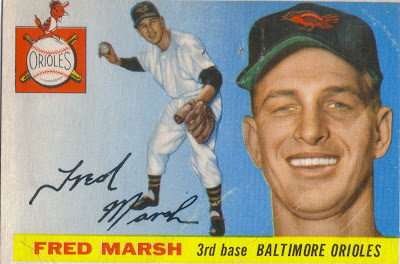 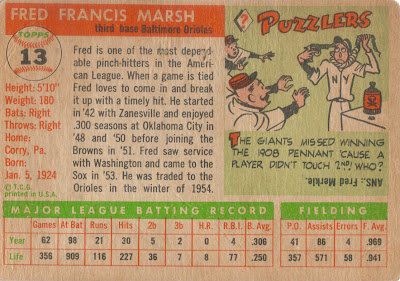 We are in the middle of a bunch of fringe-type players in the set. Another is infielder Fred Marsh (1924-2006). He was a career .239 hitter with 10 home runs. He played from 1949, 1951-1956 for the Indians, Browns, Senators, White Sox and Orioles. He does have the distinction of being traded from the Browns to the Senators and then back to the Browns in the same season. Interesting.
DECEASED (9)
Posted by William Regenthal at 12:00 PM