Our next card is of former Indians catcher, Jim Hegan, who was a former battery mate of one of my favorite all-time players, Bob Feller. 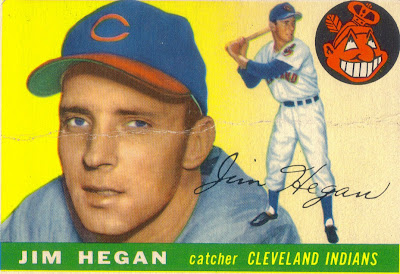 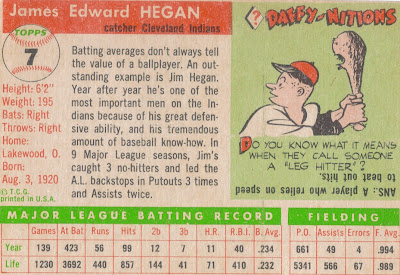