Hit Bull, Win Steak - My Trip to See the Durham Bulls vs. The Tampa Bay Rays

After the card show, we all went to Durham Bulls Athletic Park to catch the exhibition game between the Durham Bulls and their parent club, the Tampa Bay Rays. I don't know if you have seen Bull Durham, but it is definitely one of the best baseball movies out there (a good bit of it was shot in Winston-Salem, where I grew up).

Since the movie, the Single A Bulls moved to Danville, Virginia and the AAA Bulls were created when the leagues expanded and allowed the Rays and Diamondbacks in. 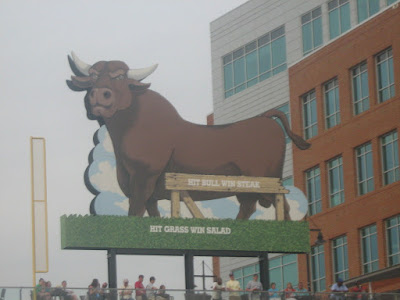 Durham Bulls Athletic Park opened soon after to replace the old park seen in the movie. One of my favorite parts of the movie is the 'Hit Bull, Win Steak' sign. Just a really cool thing, haha. 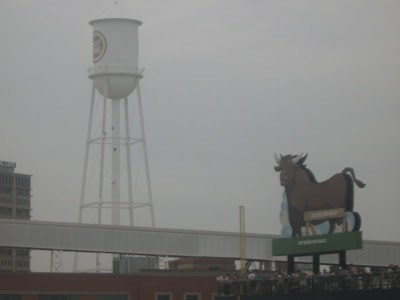 Cloud cover rolled in about halfway through the game, but that didn't take away from the fact that it was a beautiful day. 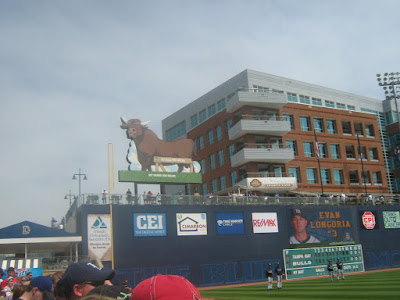 As you can see, we were able to catch some great players. Longoria was launching balls over the 'Blue Monster' on a consistent basis. I believe Gabe Kapler his one of the tiers that you can see on the building behind the wall. They need to send Jim Thome or Ken Griffey, Jr to this park and let them take aim at the building.
Posted by William Regenthal at 10:14 AM