If you remember, when I purchased tickets for the Rays-Bulls exhibition game, they also came with tickets to the Bulls' opening day vs the Norfolk Tides.

Norfolk just so happens to be the Orioles' AAA team. We were able to see some good prospects while we were there. 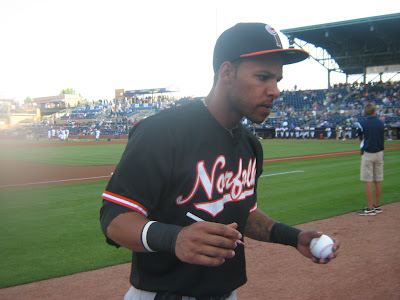 We were able to get autographs from Robert Andino, Josh Bell and Lou Montanez. Andino and Montanez don't really qualify as prospects, but it was cool to get them. Andino had a conversation with my son Christopher, which was pretty cool. He seemed to be doing pretty well, seeing as he had just been DFA'd by the parent club and passed through waivers. 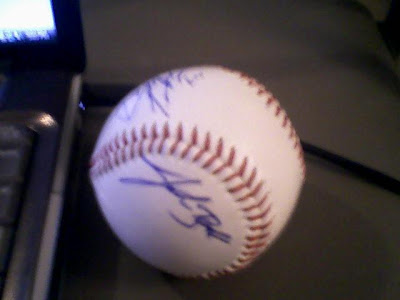 Here is our autpgraphed ball. I got lucky that I had left a few in my car because I left my brand new box of baseballs on the table at home. That's what I get for leaving in a hurry. I'm glad I had a kind of back-up plan, haha. 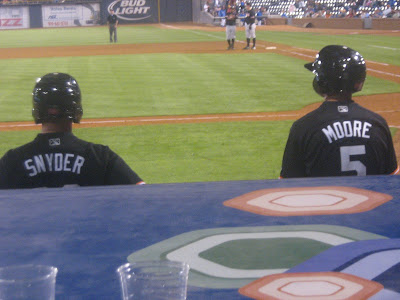 We were able to see Brandon Snyder (who I am really pulling for to be called up), which was cool. Scott Moore was ejected for arguing balls and strikes; definitely created some excitement late in the ballgame. 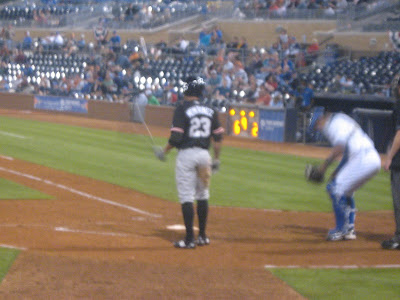 Lou Montanez was called up by the O's after the game due to the injury to Felix Pie. 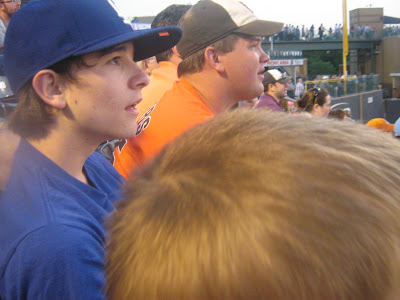 Here are Max, Chris and I watching a fly ball, that may have gone over the wall.
Another minor league game in the books, I hope to catch a bunch this year. Maybe see how many minor league parks I can hit in the area this year. Not a bad plan.
Posted by William Regenthal at 6:17 PM