We Won't Stop - Recap of My First Playoff Game 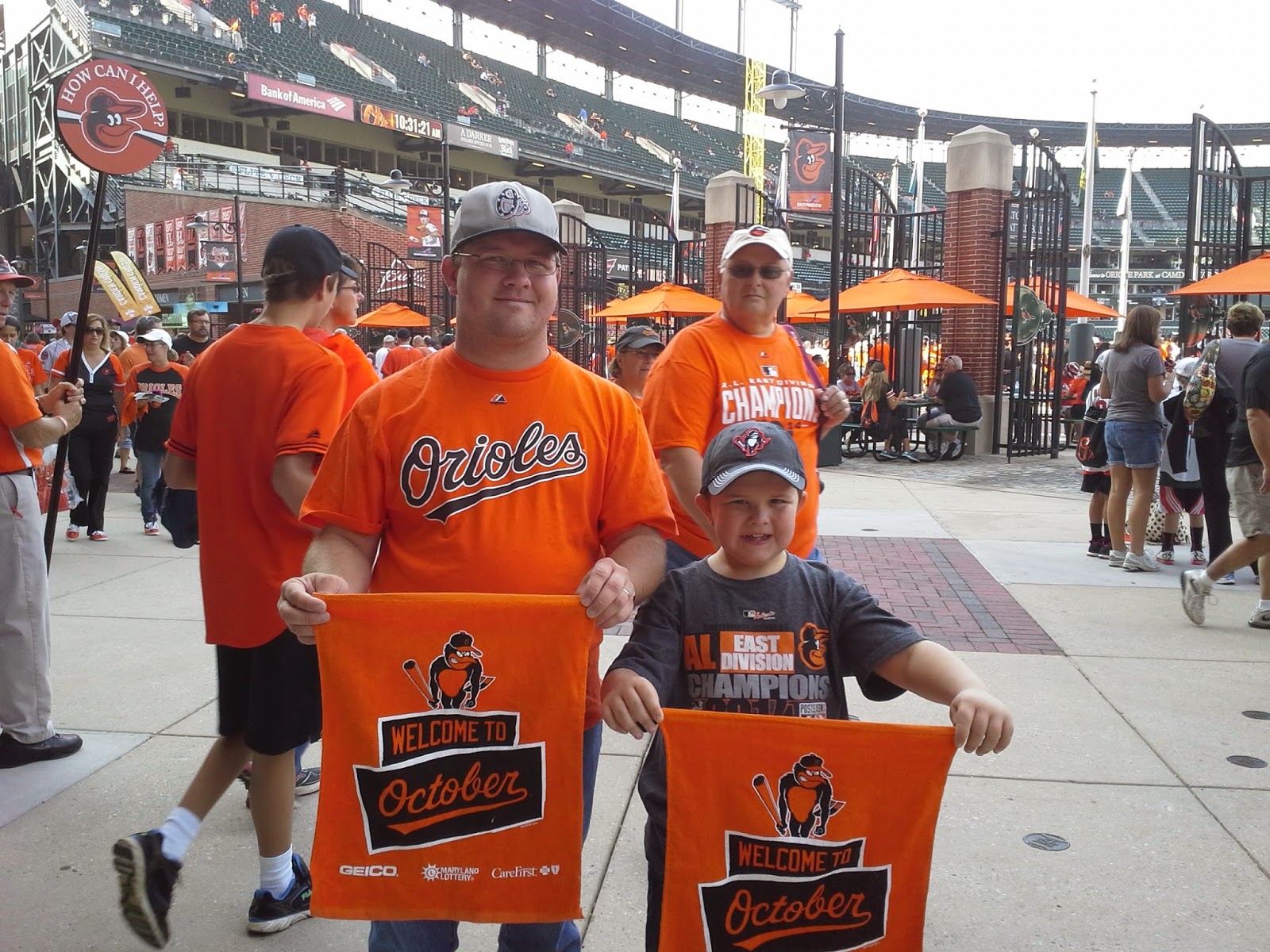 I can knock something off of my bucjet list, I went to my first ever MLB playoff game today.  Chris and I went, along with Ryan from O No Another Orioles Blog and some friends of his.  We skipped over a great deal of DC traffic this morning thanks to the HOV lanes and that we had so many people in the car.  I was worried because the start time for the game was 12:00, noon, and our plan was to leave Ryan's house at 6:30, but that would put us in DC at the Friday morning rush hour.  Thankfully, we sot through there easily and got to Baltimore right at 10:00AM with only two stops along the way.

I was really glad that I made the decision to bring Chris along so he could experience this.  He had joked that he didn't really want to go because he was missing school, but I could tell that he was really excited.  They handed us these awesome rally towels as we entered the ballpark, and Chris actually got an extra one, so my wife will get a souvenir.  I really appreciate the photo bomb by the random dude in the background, by the way. 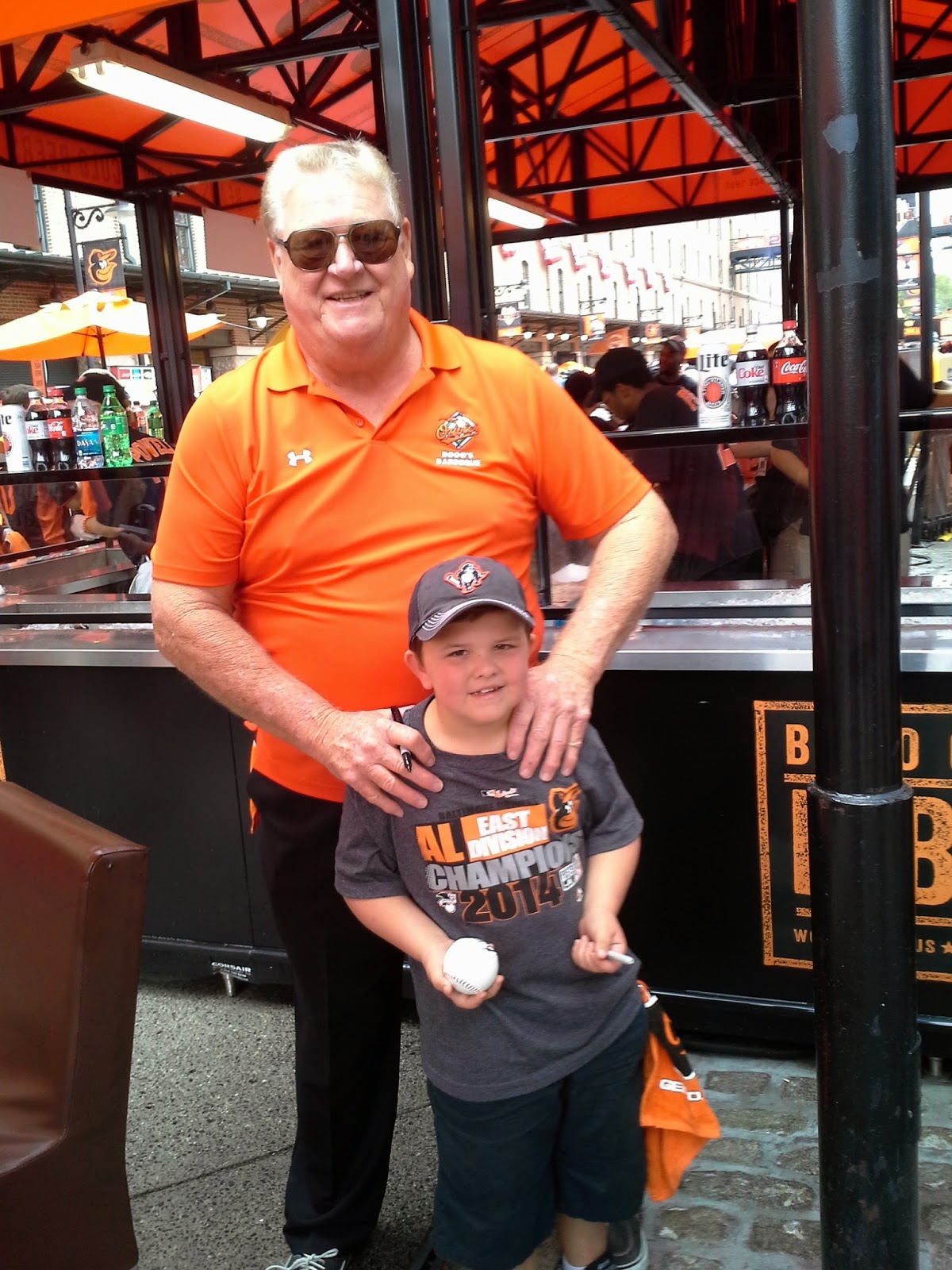 Another thing I wanted to do while I was there was to finally try some of Boog's BBQ and who was there while we were in line?  Why, Boog himself.  He signed a ball for Chris and posed for a picture.  I told him I was happy to see him again, and he shook my hand and said he was happy to see me as well.  Boog is such an underrated historical player.  I know that the 1970 AL MVP is loved in Baltimore.  He's one of our guys and I like our guys. 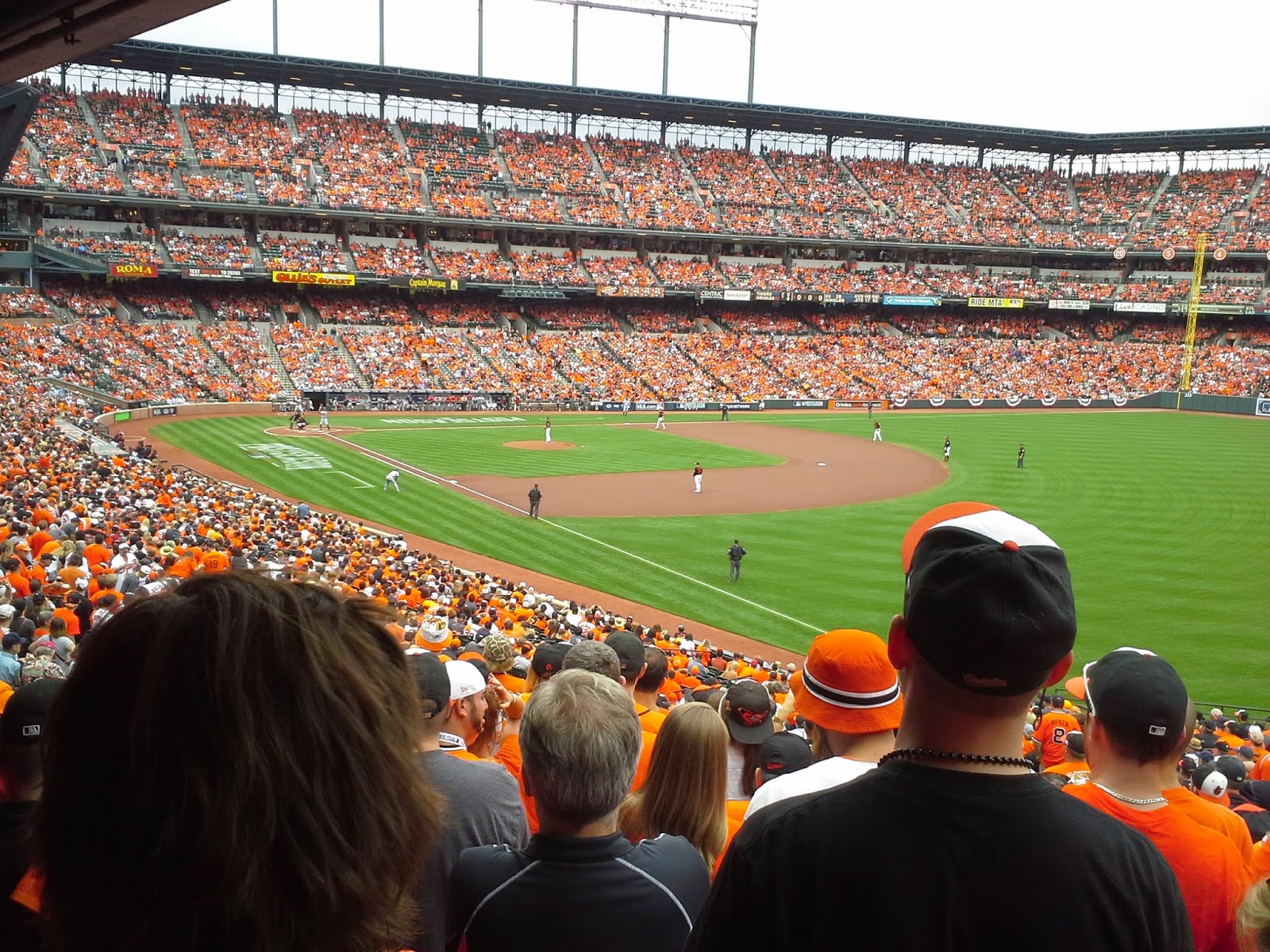 This summer, when we were at the Tiger game, I was disappointed that I didn't get to see Verlander pitch and Miguel Cabrera was on the bench.  Well, I got to see both today, and Cabrera was a terror on the Orioles, but he also helped them out with some questionable baserunning when he was cut down at the plate trying to score late in the game.  That run would come back to haunt the Tigers. 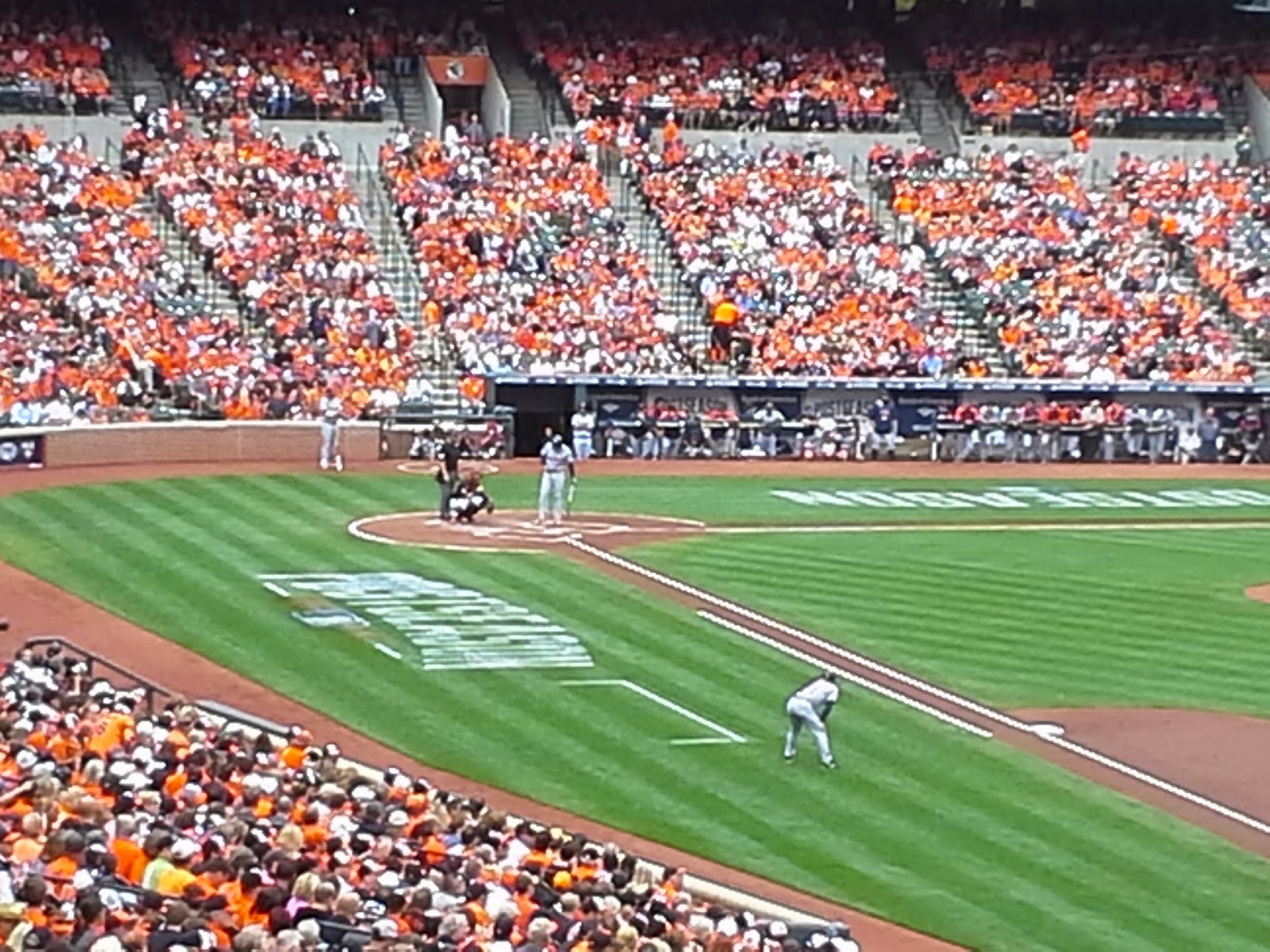 Check out the sea of Orange.  I thought the Brooks Robinson statue dedication in 2012 was wild, but this crowd was raucous, energetic, pumped, whatever you want to call it.  They were a bit deflated in the middle innings when the Tigers jumped out to a 5-2 lead, but the crowd would explode in the 8th inning when Delmon Young hit his 3-run double off of the wobbly Tigers bullpen to give the O's a 7-6 lead.  Ryan and I were going crazy, and even Chris was jumping up and down, although he couldn't see over everyone who was on their feet at that moment.

There were chants of "Hey Hey, Goodbye" when Brad Ausmus lifted Justin Verlander for Anibal Sanchez; chants for "Joba, Joba, Joba" for Joba Chamberlain when he was throwing gas on the fire; chants of "We Won't Stop" when Delmon Young his the double; and one of the most gratifying chants was the role call for Nick Markakis after his home run early in the game.  Nick has been up with the O's since the 2006 season and missed out on the 2012 post season with a broken thumb.  It was really cool to see him finally play in a playoff game, and he has shone so far.

I shot a video with my phone of the final out of the game.  Sorry for the shaky camera work, but I think this captured the mood at the stadium perfectly.  Baltimore is itching for a winner, after all of those years of futility, and I believe that there isn't a fan base that wants to win right now more than the Orioles fan base.  Of course, I'm sure folks from Kansas City would like to weigh in on that.

So, I hope you all enjoyed the look into my day.  I am still elated over the outcome of the game.  I told Ryan that I had felt in the 7th inning that the perfect game would be a close one where the Orioles came from behind and won, and I got my wish.
Posted by William Regenthal at 10:52 PM