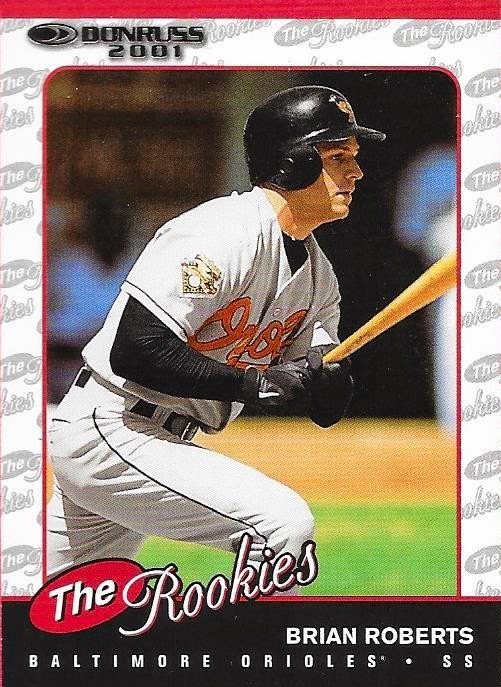 I knew it was coming.  I knew it when he was released by the Yankees earlier this season.  Brian Roberts's playing days are over.  After playing 14 seasons in the majors, Roberts has decided to hang up his spikes.  This is a bit of a tough moment for me, because he was the first player I really got behind in the post-Cal days of my collecting.  I had taken a sabbatical from collecting after 1996 and got back into it after seeing a game with a friend in 2005.  Roberts hit a walk-off home run against the Yankees at that game and I was hooked again.  When I got home from the trip, I immediately started buying up cards just so I could add Roberts to my collection.  I have a pretty stout Roberts PC.  I have: 1 Orioles jersey, 1 2005 All Star jersey (thanks Lisa!), 2 signed baseballs, a signed bat and a ton of cards.  Above, you can see his 2001 Donruss RC; Below is his final card, 2014 Topps (with the Yankees - uggh). 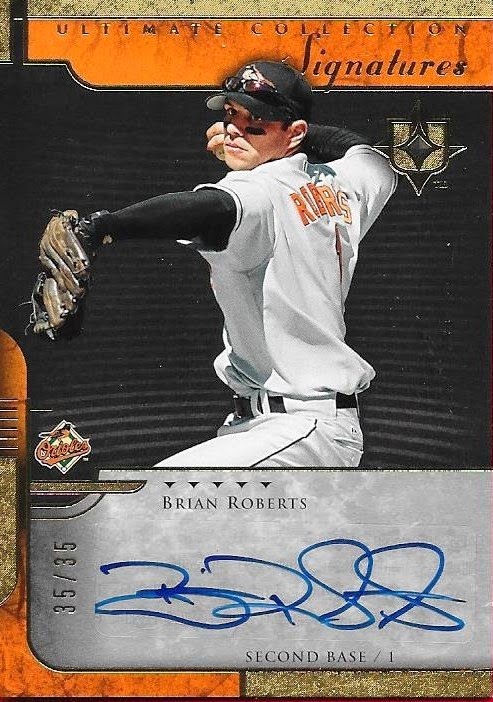 Roberts was the bright spot on several bad Orioles teams and I will miss him.  He was a North Carolina native and always seemed to be pretty nice (although didn't say much) the few times I met him.  I will retire his PC, but I do plan on filling in some gaps from time to time; mostly rainbow stuff.  Maybe a relic or auto here and there.

Thanks for the memories, Brian.
Posted by William Regenthal at 11:37 PM