Orioles Cards From a Royals Fan 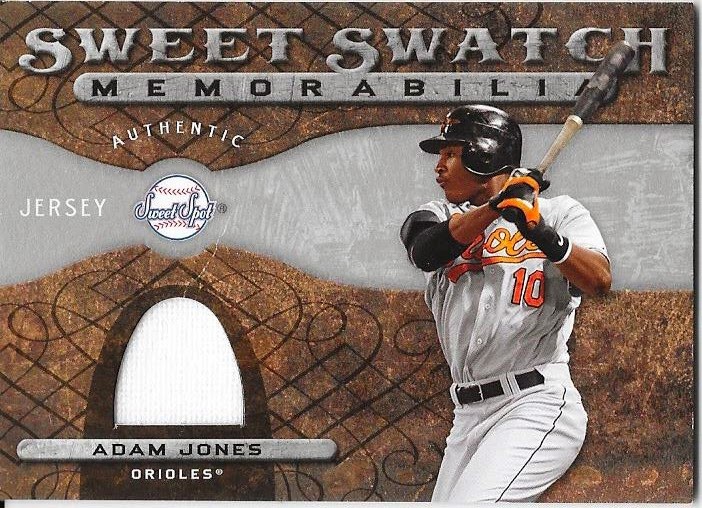 Jack, one of the Instagram kids that I talk to on a regular basis is a huge Royals fan. Because of that, he and I haven't really had a lot to say to each other this past week.  No hard feelings or anything, but we both know the importance of this series and have left each other alone as the Royals have taken a 2-0 lead.  Before the ALCS started, however, I got a nice care package in the mail from Jack that was a few days late because the USPS destroyed the PWE that he sent the package in.  This is the third package I have gotten in the last two months that was wrecked.  Two were trade packages and the third was a letter from my grandmother.  I feel like the USPS has taken a nap with their QA/QC protocols lately.

One of the casualties from this wrecked package was the above Adam Jones relic that Jack was nice enough to send.  There is a bit of a crease just to the left of the Sweet Spot logo and the corners of the cutout for the relic are creased.  This card took the brunt of the damage and really, it isn't too badly hurt.  I think the only things that were really hurt were Jack's feelings.  I assured him that it wasn't his fault and I still appreciated everything.  I do like the Jones relic card, and I didn't have one yet, so this one will fit nicely into the PC. 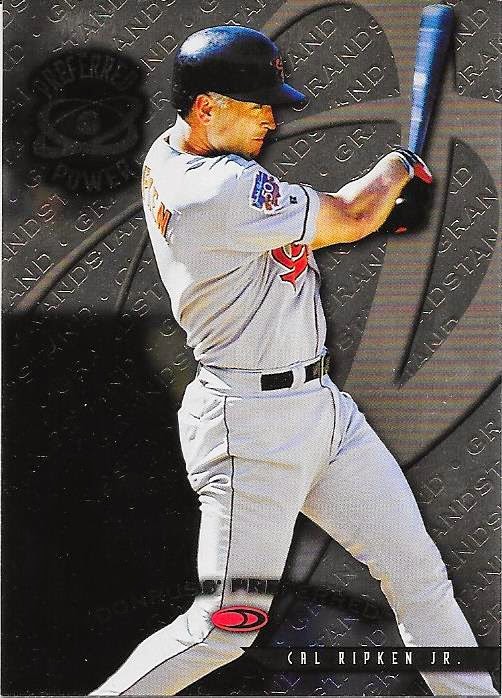 Jack also included this 1998 Donruss Preferred Cal Ripken that I don't recall ever seeing before.  That bodes well for me, meaning that I might not have this in the Cal PC.  Problem is, getting to the Cal cards, sorting them and seeing if I do, in fact have the card.  One rainy day, sometime soon, I will catalog my Ripkens and will have some sort of a database.  Here's to hoping.

Speaking of hope, I hope the Orioles can mount a comeback.  It isn't unfathomable that they could do it, just improbable.  Stranger things have happened in baseball, though.

Thanks for the cards, Jack, I really appreciate it.
Posted by William Regenthal at 5:47 PM