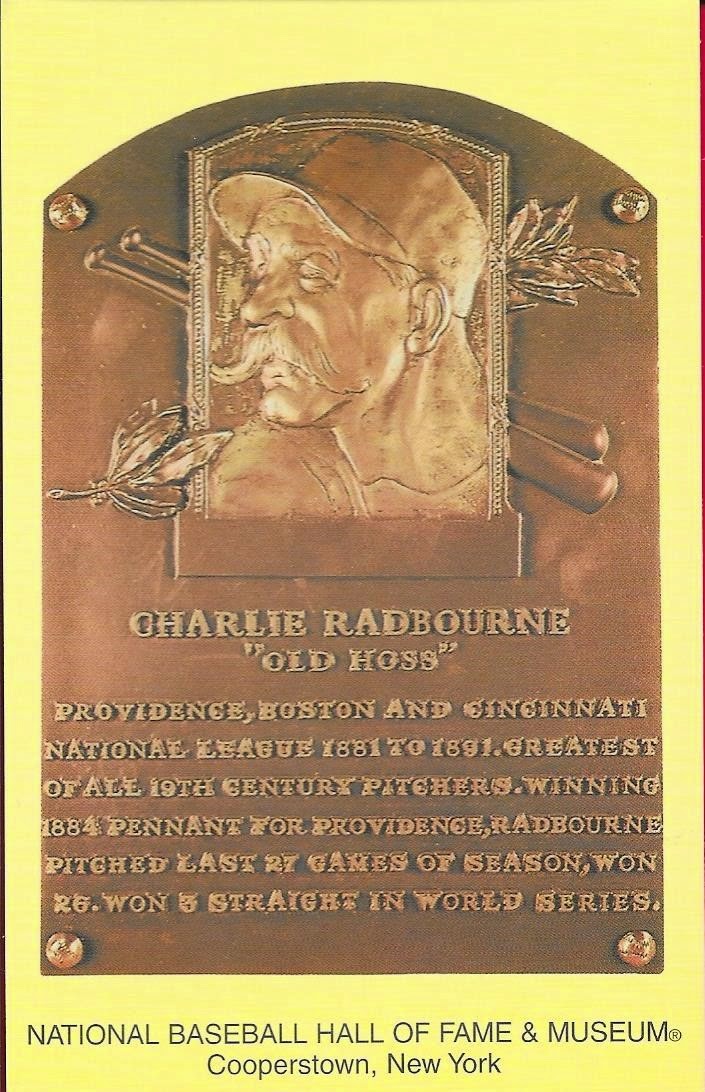 Historically, his last name has been spelled two ways, Radbourn and Radbourne.  I have seen Radbourn used more and will use that spelling of it here.  If you are active on the Twitter, you may know that the long-deceased Old Hoss Radbourn is very active on the account @OldHossRadbourn.  Many humorous posts using the language mechanics of the late 19-th century makes his account a fun one to follow, especially when he rants on the merits (or lack thereof) of today's players.

That season, Radbourn would start 73 games (and come in relief in two others, notching 2 saves) and complete all of them.  That season, he would boast a record of 59-12 with a 1.38 ERA and would lead the Grays to a championship.

It was a different game back then as the pitcher was expected to pitch the entire game.  Throwing overhand was not allowed and there was no pitcher's mound.  The pitcher would throw the ball from the pitcher's "box" and oftentimes would be able to get a running start before throwing a sort of sidearm delivery.  Radbourn was widely considered the greatest pitcher of his day, but as one may be able to tell, the huge work load on his arm allowed for him to have only a brief career.

Radbourn is one of the several players that I know I will not own an autograph of, since he passed away in 1897, and it is highly unlikely any baseballs signed by him exist.
Posted by William Regenthal at 5:56 PM