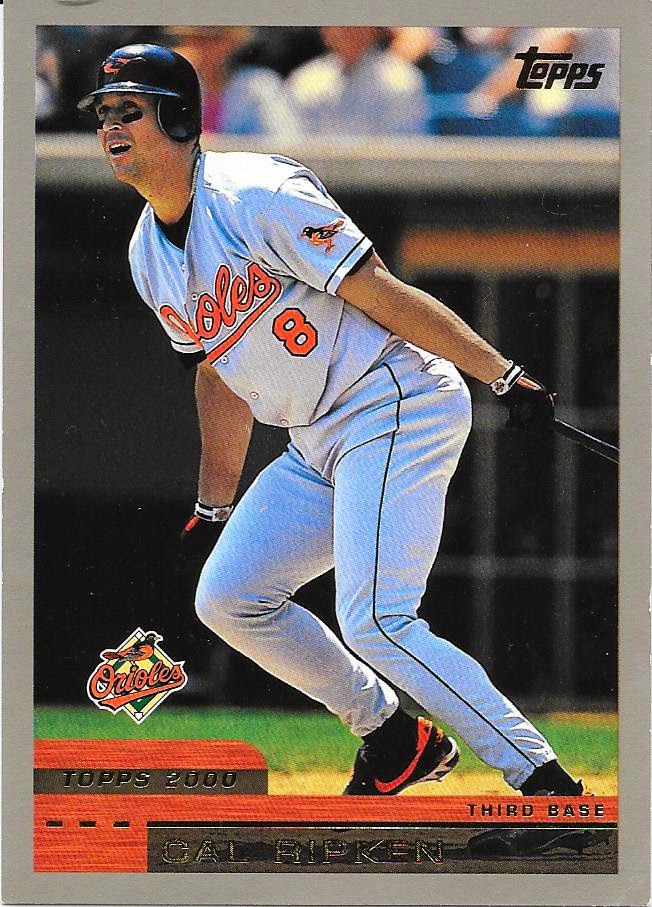 As I continue meeting new people on Instagram, I have been able to relieve myself of quite a few cards and pick up some good Orioles in the process.  I met a guy on Instagram (his screen name is @whitesoxfan79) who is a Paul Konerko and White Sox collector.  I was able to send him a 200ct box full of Konerkos and White Sox, which, according to Anthony, was really awesome.

I got a bunch of Orioles from Anthony, including the above oversized 2000 Topps Cal Ripken.  I'm pretty sure I didn't have it already.  Even if I did, I really like the card.  I don't remember much about building that sat, to be honest.  I know I have it and I know it is completed.  I might ought to look through it sometime and check out the rookies, Hall of Famers, etc.  That is one of my favorite parts of looking at old sets, seeing the big names that were around at that time. 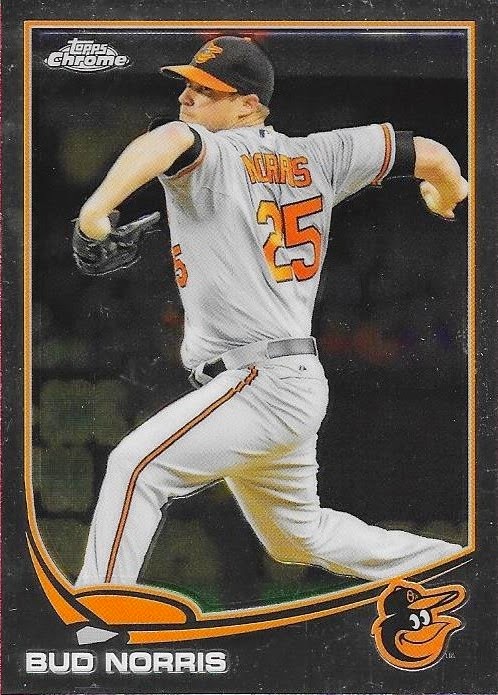 Another card that was in the package was this Bud Norris chrome from 2013 Update.  I felt like Norris did a great job this season, even though he was less than stellar in his ALCS start against the Royals.  He did very well against the Tigers in the ALDS and I think he will only build off of this season and be even more successful next year.  If that's the case, then the Orioles should be in good shape.

Thanks for the trade, Anthony!
Posted by William Regenthal at 5:47 PM