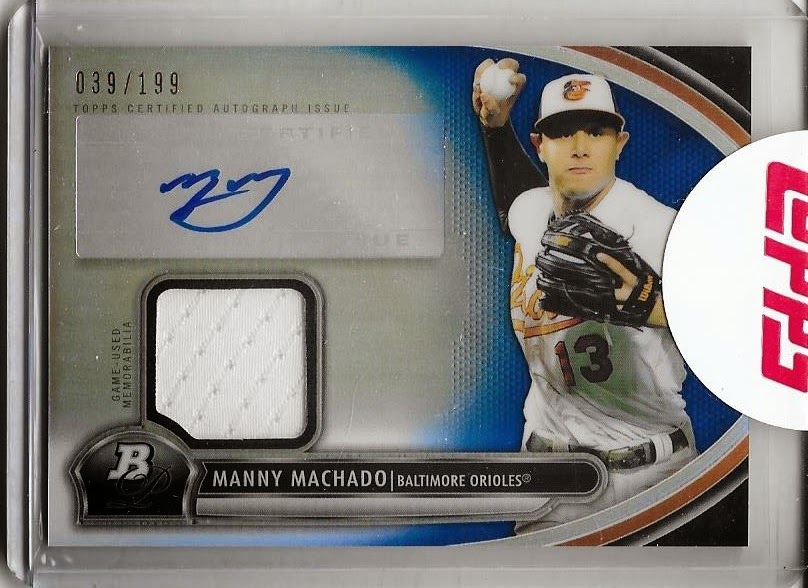 I completed a trade over Instagram last week when I met a young man named Drew, who's screen name is ultimatecards_.  He is a big Yankees fan and wanted a few of the cards I had posted on my account, namely my 2009 manufactured letter patch of Mickey Mantle.  Drew initially contacted me by telling me that he was willing to deal all of the Manny Machado relics that he had hoarded and wanted to begin our talks by seeing if I had any rookie cards of some of today's stars. Then he saw the Mantle and things escalated from there. 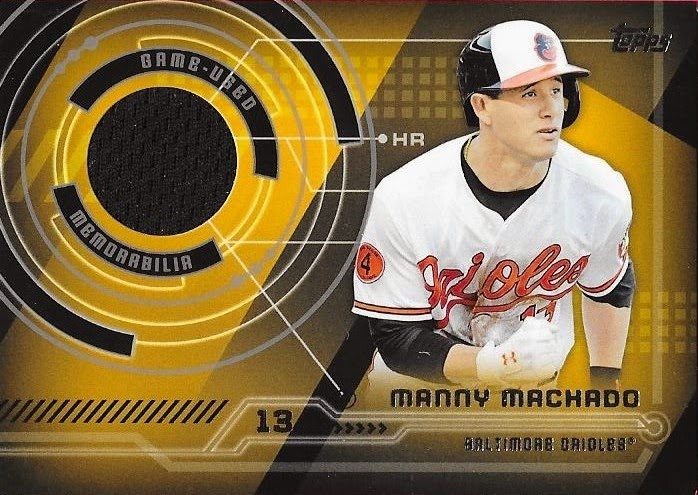 I sent Drew the Mantle, my graded 10 Yasiel Puig RC, scores of recent rookie cards, two Derek Jeter "rookies", and topped it off with my Manny Machado signed baseball that I had just recently had returned from a 12-year old scammer. 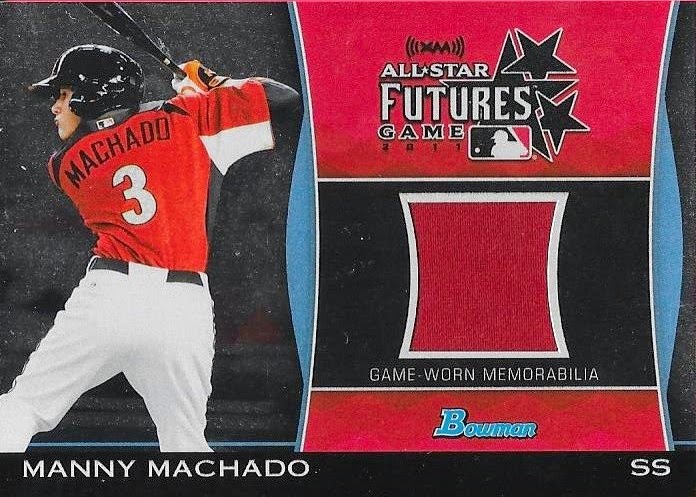 In total, Drew sent me 10 Machado relics (one of which was an auto/relic, featured at the top of this post, and three of the 2014 Topps Trajectory relics).  He also included some numbered Machado parallels and a bunch of Orioles cards.  Not to mention, Drew included a few Giants cards for my son, Chris. 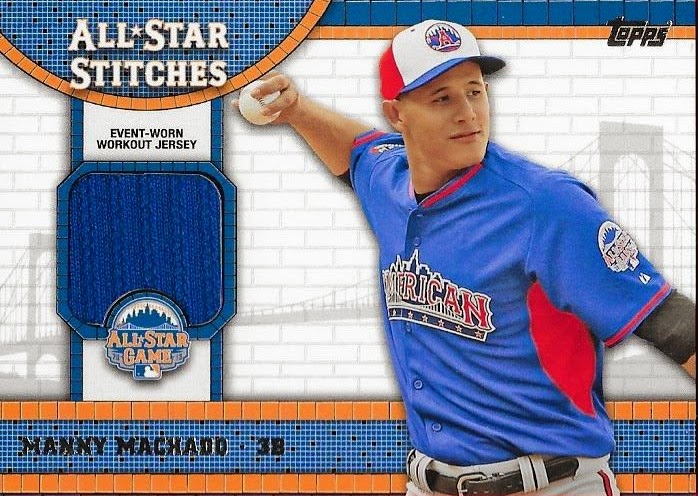 Some of the cards I already had, like the above All Star Stitches card, but I was happy to get it anyway. 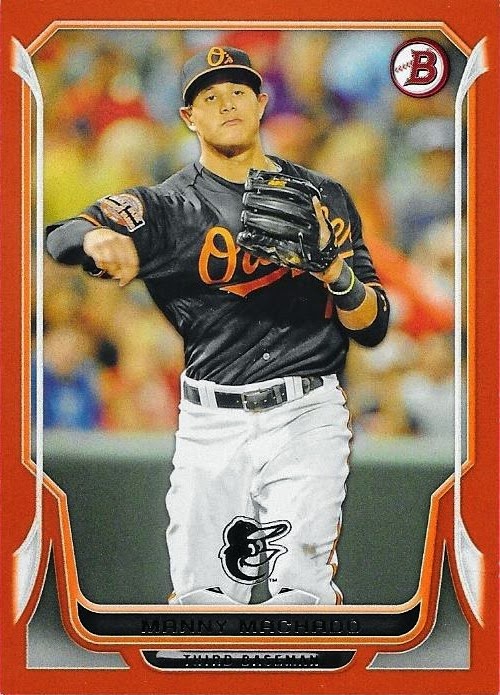 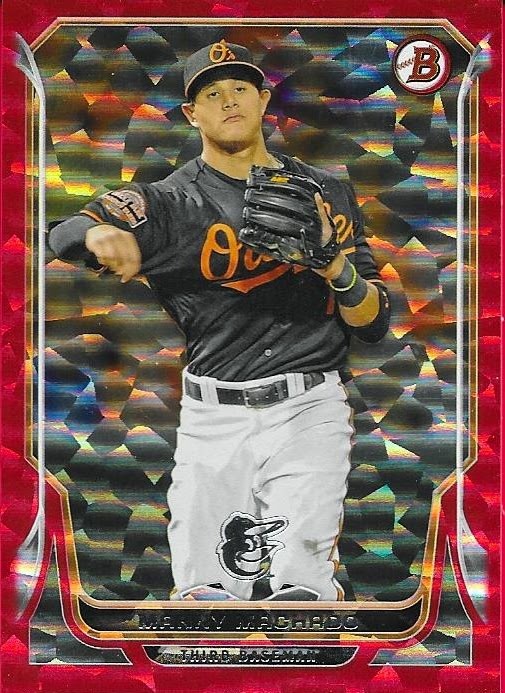 One of my favorite non-relic cards in the deal was this 2014 Bowman Red Ice parallel numbered 16/25. 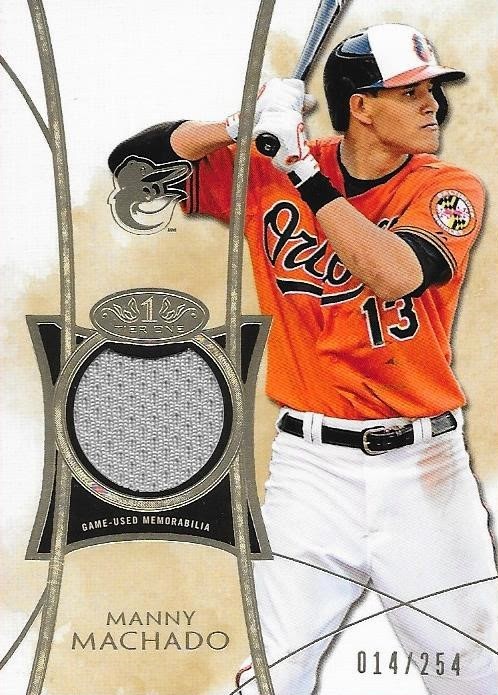 Most of the relic cards were numbered, and it surprises me that Drew was so eager to send them my way.  He got a great haul in return, but too many people I've dealt with would have overpriced all of these cards.  I was happy that each of us got everything we wanted in the deal and there was no haggling back and forth. 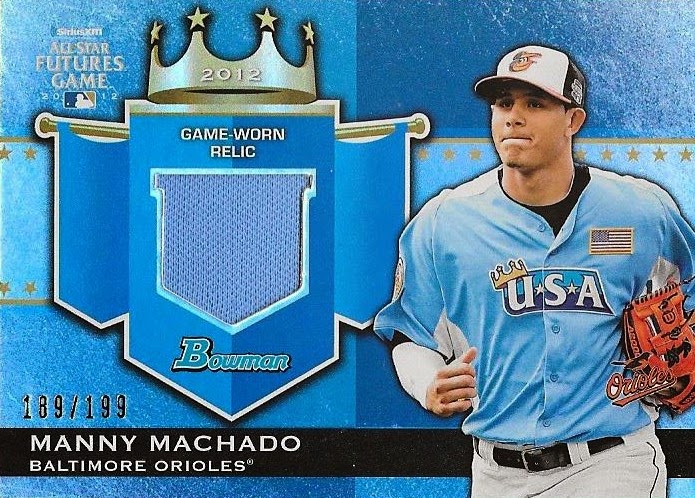 This Bowman relic was a card I already had, but I really like how it looks, so I was glad to take in another one during this deal. 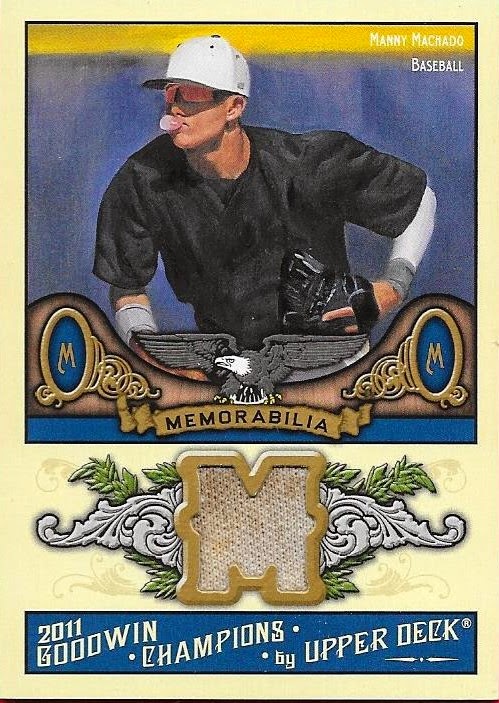 I also had gotten one of these 2011 Goodwin Champion relics from my buddy, Max.  Both of them have dirt on them, which I find to be really cool.  I'll probably store the two of these cards side by side. 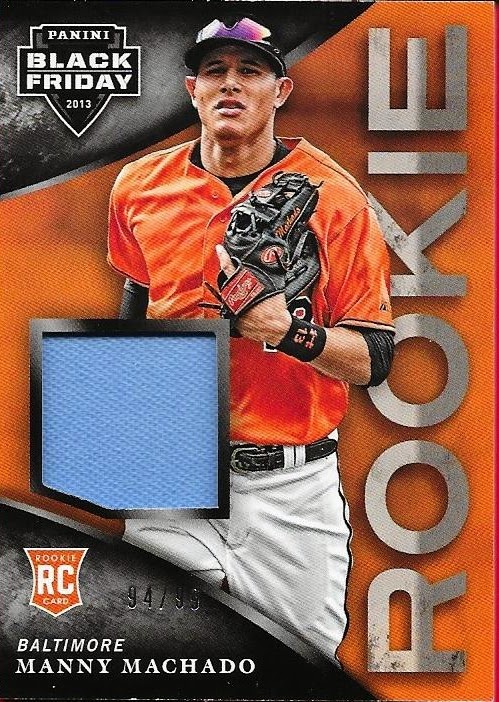 I hadn't seen one of these Panini Black Friday cards before and was happy to get one in this deal.  It is hard to see, but this one is numbered 94/99.  I think this jersey must have been from a Futures Game jersey, much like the Bowman relic shown before it. 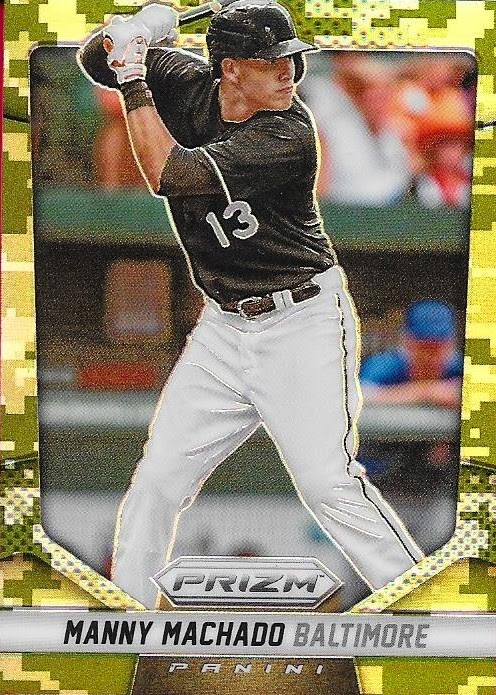 One of my favorite parallels that I have seen is this 2014 Panini Prizm camo parallel.  Panini does a good job with their Prizm product and the colored parallels really look sharp.  This one isn't numbered, but that doeasn't take anything away from this card.

I was really impressed with Drew, so much so, that we have already been working on another trade.  We have been chatting pretty much daily, so I'm glad that we used this trade to get to know each other and build a trust relationship.

Thanks for the trade, Drew, I really appreciate it!
Posted by William Regenthal at 6:06 PM