Care Package From Anders in Minnesota 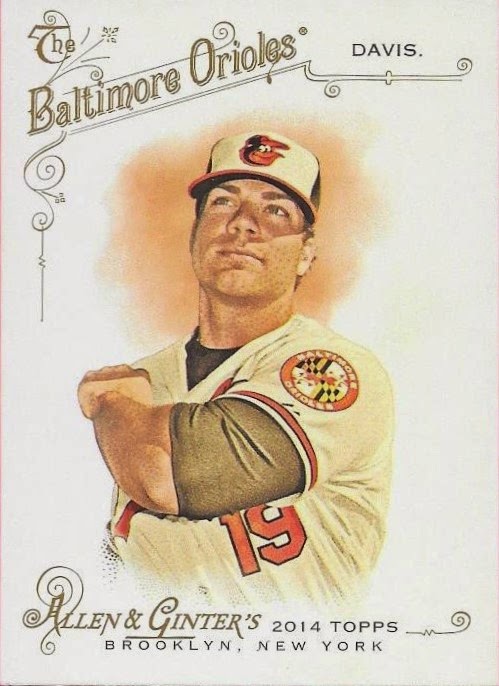 I'm beginning to see a light at the end of the tunnel.  What was once a huge stack of "to be blogged" cards on my desk is now a small pile of cards that should be taken care of by the beginning of next week.  Things have calmed down here, card wise, since I have been working on saving some money, just in case the Orioles make it to the World Series.

I also was not able to spend as much on cards earlier this month, due to picking up tickets to ALDS game 2.  On top of that, I haven't had any time to go through my boxes to find suitable trade bait for some folks, and that has severely limited my ability to send out packages these last few weeks.

Slowly, I have had a few care packages come in from some of my buddies that I have made on Instagram.  Some others have removed themselves from 'free card' consideration by taking the care packages I have sent them and fading away rather fast.

One of the guys who has stuck around after several care packages, and has become a friend is Anders from Minnesota.  He's a good guy whom I have been helping by sending supplies his way, since his LCS is something like 100+ miles away.  Ouch.

Anders sent me a surprise package a week or so ago that had a couple Orioles cards that he was able to dig up.  One of them was the nice 2014 Allen & Ginter Chris Davis that you see above.

I appreciate the care package and the note that was sent along with it.  Sometimes, really, the notes are my favorite part of the package.

Now, it's time to gear up for Game 1 of the ALCS.  Which means, I won't have time tonight to go through boxes, either.  Dang.  This is a good problem to have, though.  Go Orioles!
Posted by William Regenthal at 5:21 PM