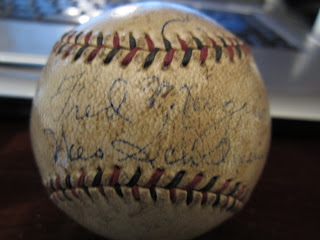 I meant to post this yesterday, but I got home from work late and ended up watching MLB Network's coverage of the draft in its entirety.

Maguire played on the 1923 NL Champion Giants that lost to the Yankees in six games.