Results of the Topps Tier One Group Break at Nachos Grande

I took part in my first ever group break over at Nachos Grande not too long ago, and thought I'd show off what I ended up with:

I bought in with the Orioles for $35 for a six-box half case break of 2011 Topps Tier One.  With my entry, I was also awarded the Colorado Rockies.

I only got two Tier One cards, one of which is pictured below. 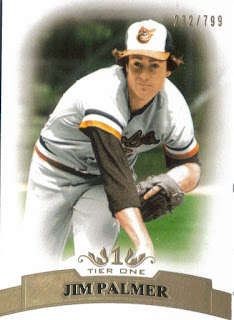 The Palmer looks nice.  I also got Carlos Gonzalez, which isn't too bad.  I was disappointed that I didn't get any of the hits, but oh well, that is the fun of a group break.  I won't discourage me from participating in another. 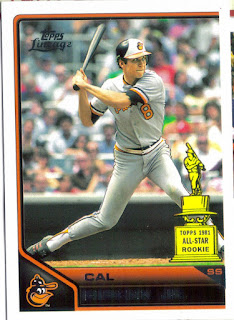 I did like that he threw in an Orioles 'team set' from Topps Lineage.  I have said before that I really like this set, so getting all of his Orioles was definitely a bonus for me.  This is a box of cards that I may purchase sometime soon, just to see what I can pull. 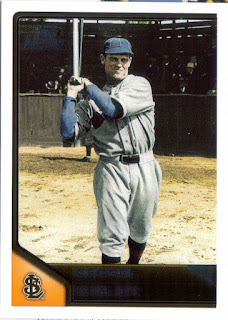 I also like that the Browns were included in the set (and the break as well).  It would have been nice to get the Sisler relic from Tier One, but I think Cobb was the big name pulled this go-round.

As I said, I wouldn't be discouraged from other group breaks in the future, even though I didn't get any huge hits out of this.  The price was fair and my disappointment of no huge hits was offset by the generosity of including other cards (a box of 2011 Allen and Ginter was also included in the break).

I, myself, would like to do a group break.  I failed a couple years ago to generate enough interest in a 2006 Upper Deck Epic group break (which I think ticked off a few bloggers who wanted to sign up).  I may attempt something of that sort sometime soon.  I do know that I need to have some kind of contest or something to keep getting this blog noticed....
Posted by William Regenthal at 6:15 PM

Thanks for participating...I thought the Orioles would do a bit better as well! However, you beat my Reds big time - I didn't get a single thing from my own break!