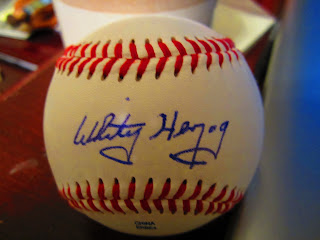 On the day a legendary manager of the St. Louis Cardinals retired, I received a signed baseball from another legendary Cardinals manager, Whitey Herzog.