Hall of Fame - The Rings

Something really cool I saw when I was in Cooperstown was the case that housed all of the World Series rings.

Rings weren't issued to the World Series winner regularly until 1926. Before that, players were given trinkets like gold pocket watches, medallions and charms as the token of remembrance of their championship season. 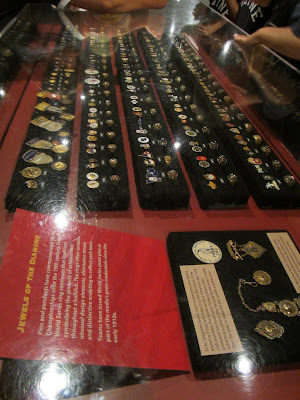 You can see the huge case above where the rings are found. Also, in the foreground, you can see some of the trinkets that were issued prior to the customary World Series Ring. 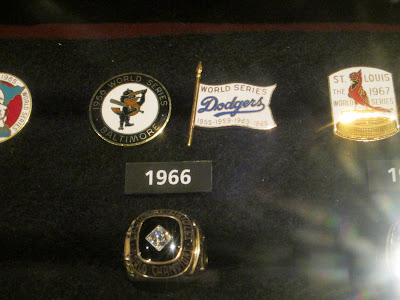 Above is the 1966 World Series ring, which the Orioles won by defeating the Dodgers. 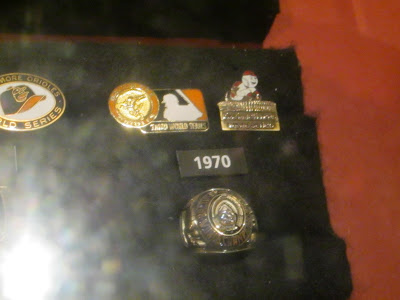 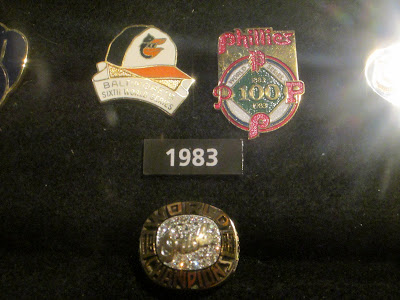 Here is the ring from the 1983 World Series. The O's defeated the Phillies that year, Cal Ripken caught the final out and Rick Dempsey won the World Series MVP award.

I thought this was a really cool part of the Hall. I'd love to get my hands on one of those rings, but I'm sure they are expensive. I think it would be a travesty for someone to sell theirs, but we have all seen former players hawing their precious trinkets and trophies to pay for bad investment deals, gambling debts, alimony, lawyer fees, drugs, etc. That's definitely a shame.

Posted by William Regenthal at 8:36 PM

I took pictures of the Orioles WS rings when I was there too. Looks like yours actually turned out though!