Some More Stuff I Picked Up In Cooperstown

I grabbed two other things from the shop where I got the glasses I spoke about yesterday. I had really wanted to pick up some Orioles stuff and was able to get a few things pretty cheap...


First off, I got this pennant commemorating the 1993 All Star game that was held at Camden Yards in Baltimore. Not too bad. I didn't have but one pennant (and no clue where I stored it) so it was cool to get one to put on the wall. Hopefully someday I'll find the other O's pennant that I own. 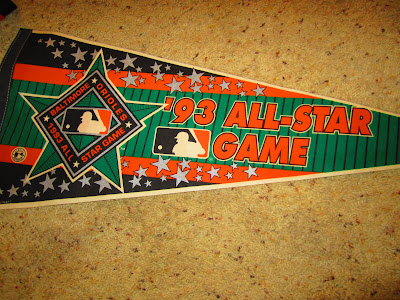 Finally, the clerk showed me this 1950's O's bumper sticker right as I was checking out. I thought it looked cool. 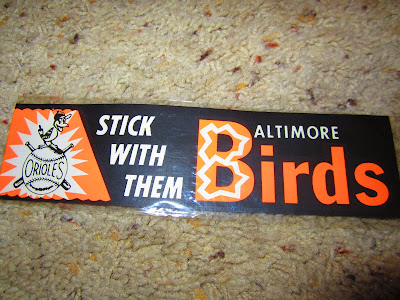 So, I got two more things to hang up on the wall in the man cave. I think they are pretty cool. Don't worry, I have more stuff to show off, which I will get to in the next few posts.
Posted by William Regenthal at 6:58 PM