I decided this year that instead of going to Baltimore (like I have since 2005) I would check out another team in another city. I settled on Pittsburgh since I had heard that the city was pretty nice and PNC Park was a great place to catch a game. I was definitely pleased with my decision. 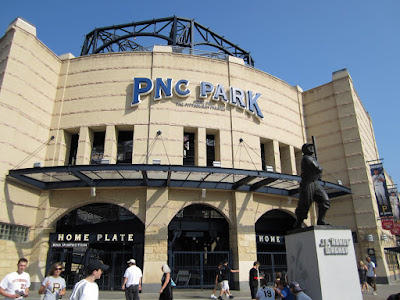 PNC Park, which opened in 2001, is finally able to house a competitive team. Outside the park are statues of former Pirate greats Honus Wagner (seen above)... 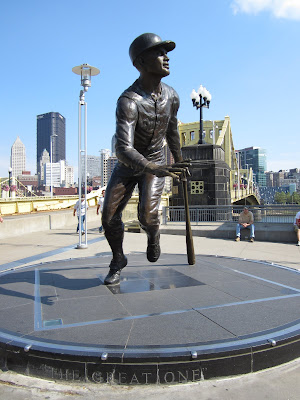 Roberto Clemente (this was amazing to see in person, by the way) 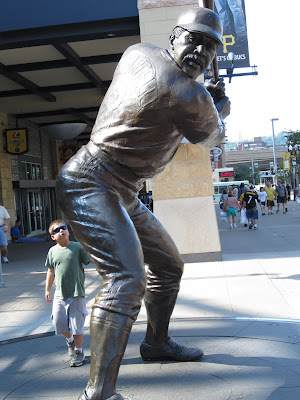 Willie Stargell and Bill Mazeroski. I really liked the Stargell statue. I think he is pretty underrated in the history of the game. He was definitely a thorn in the side of some great Oriole teams, especially in 1979 when he helped the Pirates beat the O's in 7 games in an epic World Series. 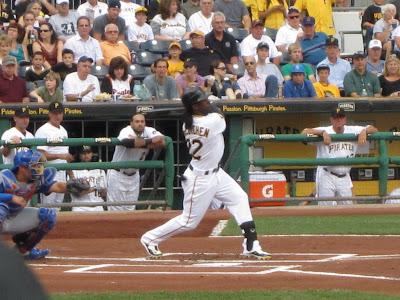 I got to see Pirate superstar Andrew McCutchen go 1 for 4 on the night. He was very impressive in his at bats and the crowd was solidly behind him. 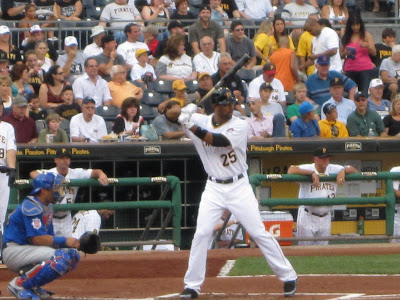 I was pleasantly surprised at the ovation that Derrek Lee received each time his name was called. It looks like Pirate fans are very happy that he was added at the trade deadline. Lee was the source of all of the Pirates' offense tonight when he belted 2 home runs (both to standing ovations) and got 3 RBI. 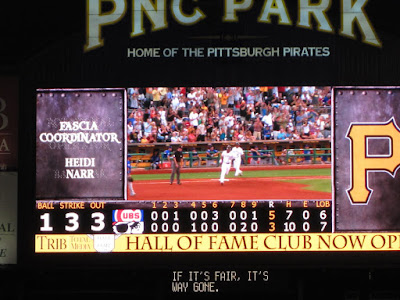 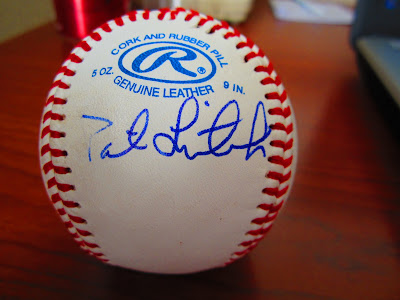 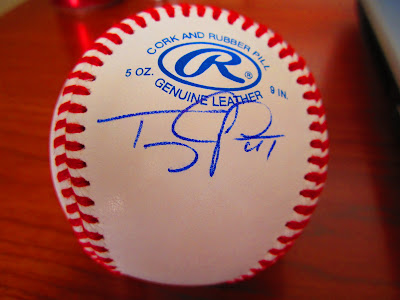 I also got a ball signed by Cubs' rookie outfielder Tony Campana. He is batting .256 on the year with 22 hits, no home runs and 12 stolen bases in 52 games. He appeared as a pinch hitter and bunt grounded out.

I had a really good time in Pittsburgh. Everything I have heard about the city was true, it looks awesome. The city deserves a lot of credit, all of the soot from the steel industry has been cleaned up and now the city looks amazing. I definitely would consider coming back any time to catch a game.
Posted by William Regenthal at 11:59 PM

nice pix and a solid game report. Love PNC park and the town.

Awesome post man! Glad you enjoyed the game, and I can't wait for you to make the trip over here!

Nice Trip! The only thing Listach did was take the rookie of the year award away from Kenny Lofton.
-Disgruntled Indians Fan