Continuing on our road trip, we left Pittsburgh this morning and headed north/northeast along I-79, then along I-90. We made slight detours to Lake Erie and Niagara Falls, then made our way to a minor league game in Auburn, New York. I was able to knock off another minor league park and although the amenities are scarce at Falcon Park, the atmosphere was very down to earth and enjoyable. 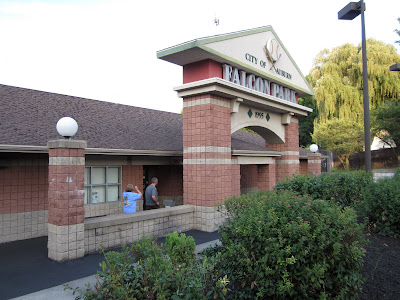 Falcon Park was originally built in 1927 and is called this because it was built by a fraternal organization in Auburn known as the Polish Falcons. The original stadium was demolished in 1995 and the new stadium was built in the same location. 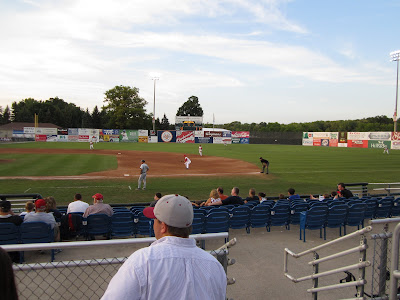 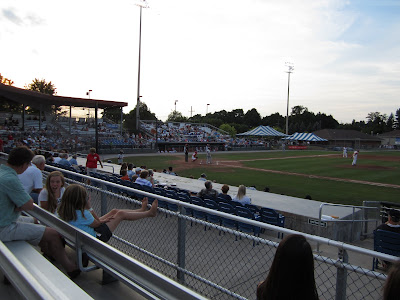 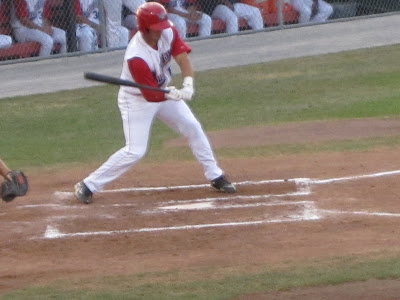 The Doubledays are the Single A affiliate of the Washington Nationals in the New York-Penn League. 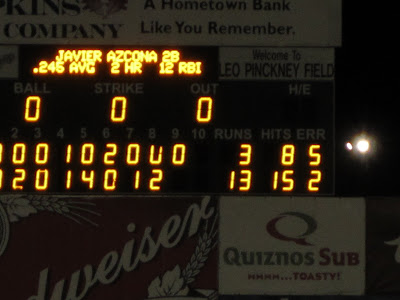 We got to the game 20 minutes late and were pleasantly surprised to find out that general admission seats were free tonight... Never had that happen before. We got to see Auburn blow out the Tigers 13-3. If you look, the Tigers committed 5 errors. Kind of hard to win a game if you are giving away that many free outs. The only name I recognized on either team was the Tigers' catcher, Patrick Leyland, son of Detroit Tigers' manager Jim Leyland. 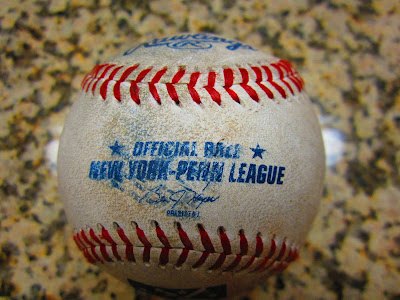 The weather was amazing. We sat back in our seats and just enjoyed the game. No scrambling for autographs. We enjoyed some pretty good hot dogs (they were almost like a knockwurst), some cool temperatures, a nice breeze and a hell of a sunset. I caught a foul ball (so, now I have baseballs from the Carolina League, Southern League and the New York-Penn League).

I wasn't impressed with the amenities of the stadium, but really, that wasn't what we were looking for tonight. We wanted to unwind from a long day of driving and catch a baseball game, old school style. The field had a very "home town" feel to it and when the game was over, I was a little sad to leave. If anyone is in the Auburn area, you really should give their field a look.
Posted by William Regenthal at 11:46 PM