Last time I worked at the card shop (which feels like forever ago), Pete gave me a good sized stack of cards, including a bunch of 2010 Allen and Ginter I needed for my set. 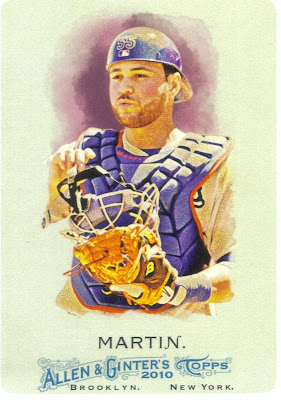 He was also kind enough to hook me up with some 2010 Bowman, since I can't afford the boxes and can't find the packs anywhere. Here is Oriole prospect Josh Bell (who just got called up to replace the recently traded Miguel Tejada). 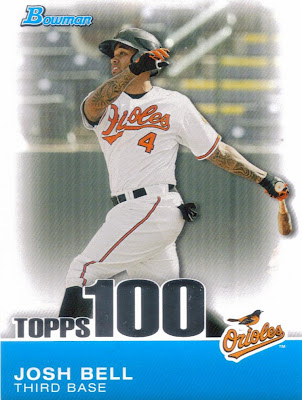 I have met Caleb Joseph a couple times, most recently in Bowie. I saw him play for AA Baysox as well as A Frederick Keys. He's a pretty good player, but it supposedly blocked by Matt Wieters. With the season Wieters is having, Joseph needs to step it up and sieze the opportunity. He could at least have a chance to be a productive backup catcher... 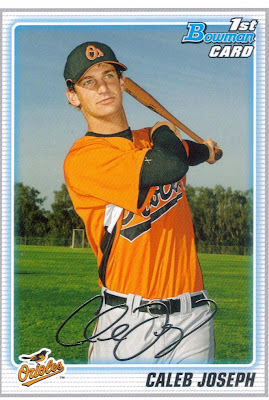 You can never go wrong with Brooks!! I didn't have this card yet, so that's good. 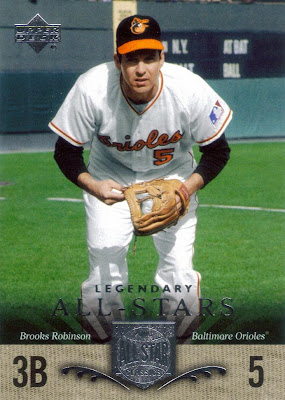 Here is a card of O's prospect Mike Flacco. Yes, he is related to Baltimore Ravens Quarterback Joe Flacco. Mike is his younger brother. He is having a really good year. Let's hope he keeps it up, the Orioles could use as many position player prospects as they can get. 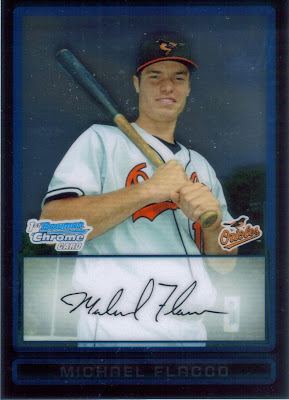 Thanks for the cards Pete. Its always nice to get stuff I need when I'm at the shop. I'll have some 2010 A&Gs for you when I see you again!!
Posted by William Regenthal at 5:46 PM