For the second time, I went to a baseball game on July 4th with my wife and son. The last time was 2007 or 2008 I think, at the old Ernie Shore Field in Winston-Salem.

This year, we went to Grainger Stadium in Kinston to watch the Indians take on the Frederick Keys. The game in Winston-Salem had been against the Keys as well. Tradition starting? 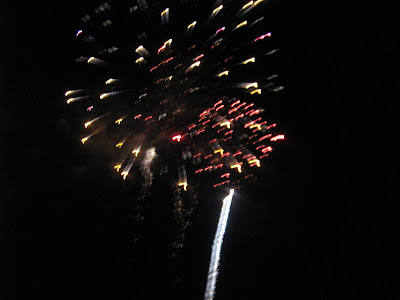 Chris got some autographs while we were there. Here he is getting one from Jacob Julius. I had met him before, he seems like a really nice guy. He signed a broken bat for me at the last Keys game I went to. 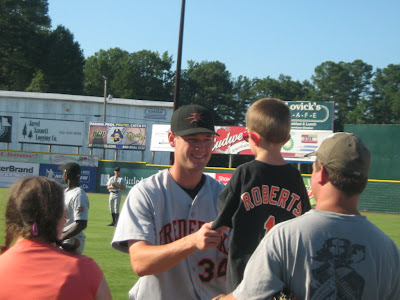 Xavier Avery came over and signed a ball for him as well. Avery is now the Orioles' #1 prospect since Brian Matusz is in the Majors. He's pretty fast and has been hitting the ball pretty well. 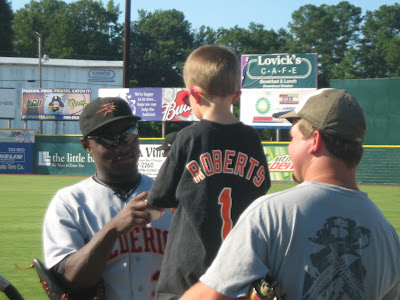 Chris got a lot of compliments on his sunglasses. Ronnie Welty signed a ball for him and told him he liked them. Chris responded 'Yeah, they're red...' 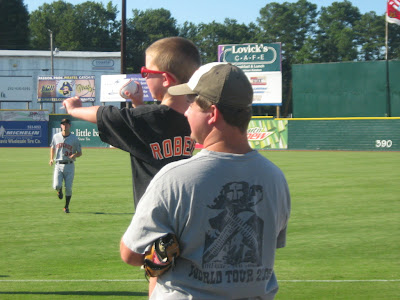 This was the first time I had ever seen Grainger Stadium at capacity. I'd say it was sold out, but they were still selling standing room only tickets long after the game started. It was almost ridiculous, but kind of nice to see the place full at the same time. We ended up saving money because after our initial round of food and drinks, we shied away from the long line and waited to go to Cookout afterward for some shakes. 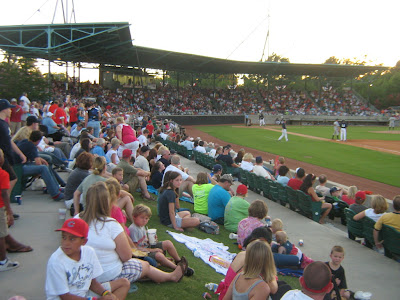 You can play Where's Waldo with this picture and find Chris. Not too hard, I think, but still kind of cool.
Posted by William Regenthal at 11:23 AM