I'm going to post better pictures of this stuff when I have time on Memorabilia Museum, but I couldn't resist blogging from the road...

I'm filing this entry from the Red Roof Inn in Lanham, MD after getting back from the first of two Bowie Baysox games in which I had hoped to meet and have Brian Roberts sign a bat for me.

The game was a high scoring affair on the Baysox' part, with a 7-run bottom of the fourth inning highlighted by back to back to back homeruns by Joel Guzman, Joe Mahoney and Brandon Waring. I was especially happy that Waring jacked one (and boy did he) because this was the third time I have spoken to him at a game. He is an alumni of Wofford College, the same college that my brother starred on the gridiron as a Tight End. Waring told me before that he remembered my brother, so I think its cool that we have something we can chat about before games.

Also, Brian Roberts was playing a rehab assignment before he is to be activated this weekend. He has been on the 60-day DL with a herniated disc in his back.

After the game, I was able to score a Roberts signature on the bat I brought in, plus, my cousin got a ball signed. I also gave a ball to the guy sitting behind us because he seemed really cool, and he got it signed, then gave it to me saying that he just wanted the thrill of having it signed... Pretty cool. 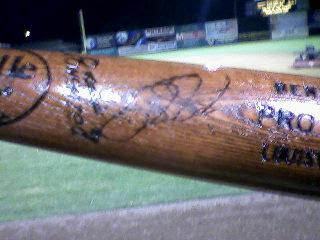 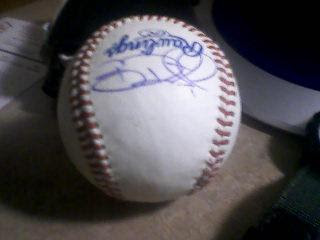 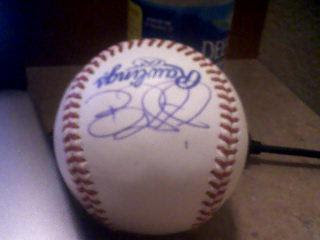 My cousin took a bunch of pictures and I will file another entry once he loads them on my laptop for me. These pictures were taken with my call phone, haha. 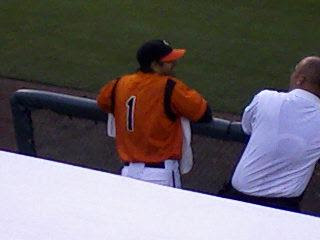 The baysox ended up winning 10-3 and Roberts went 3-5 with 2 singles and a double.
Posted by William Regenthal at 10:54 PM

That's just plain awesome. I read that he might not be activated this weekend. But he seems to be doing fine in rehab and the O's have decided to score runs, but not prevent them.