I finally got some mail for the first time in forever this morning (I would have gotten it yesterday, but I was out of town) from Nico over at Nr Mt. He's a pretty good guy and fun to trade with. I don't hold it against him that he's a Yankee fan, but it makes it hard sometimes to trade as I have so many Yankee fans who request stuff. Give his page a look and comment him up. Keep the guy writing!!

The little 200ct box he sent me was pretty much O's randomness. I had fun looking through it this morning and remembering some of the players who have come through Baltimore. I also got a good many cards I needed, so that worked out well for me. here are a couple of the cards that were included in the box: 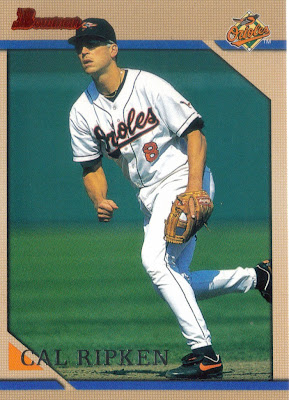 A 1996 Bowman Cal Ripken. I'm almost sure I don't have this card, but who knows when you have 400+ Cals and more and more added weekly... I like the card though, the coloring is nice. It scanned pretty well also. I always like that about certain cards. 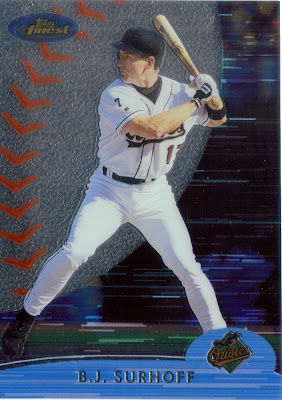 A 2000 Topps Finest BJ Surhoff. This is just a sharp card. I love the way it scanned as well. I've always been a fan of Finest, I just can't afford it most times. 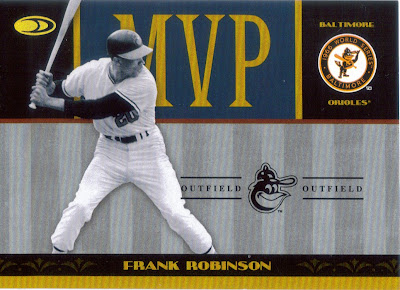 Just another sharp looking card. I, for some reason, have never warmed up to Frank Robinson as I have to Brooks, Al Bumbry, etc. I don't know why. Maybe because he didn't start out as an Oriole. Not a good reason, I know, but oh well. He still was a heck of a player and someone the O's could use today to right the ship and put them back on track. 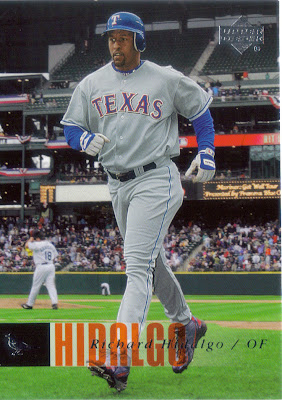 This 2006 Upper Deck Richard Hidalgo is interesting in that he didn't actually play for the O's, even though the card has him listed as one. If I recall correctly, he was released right before Spring Training let out, but I could be wrong. I just thought it was kind of funny to see this card. 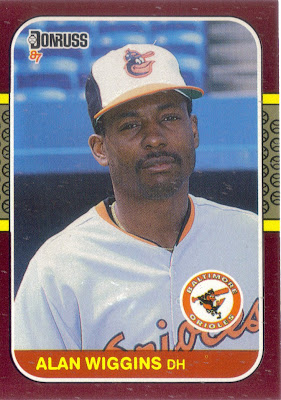 Now, we have the tragic story of Alan Wiggins. A talented player who was derailed by drug use and eventually died from complications from AIDS. He was believed to have contracted the disease due to his rampant drug use. He was 32. A very sad tale, indeed.
Thanks for the box, Nico. I really appreciate it.
**If I owe anyone any cards, please let me know. I have been having a hard time trying to keep up with who wants what. If I have emailed you in the past week, you have stuff coming. I am looking more for people I may have forgotten. Please let me know!!
Posted by William Regenthal at 8:54 PM