May 8, 2010 Carolina Mudcats vs. Chattanooga Lookouts

Chris and I decided to catch the Mudcats vs. Lookouts today since I wouldn't be at the card shop. Since the Lookouts are the AA affiliate of the Dodgers, I went on a mission to get as many Dodger Prospect autos for a certain Dodger fan that I know who happens to be my best friend... Yeah you know the guy :) I think we did pretty well. 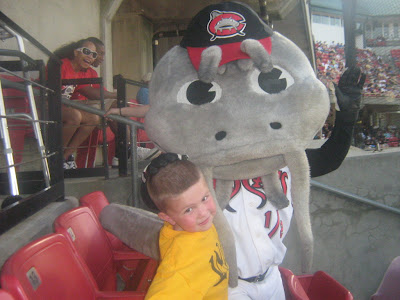 During the game, the mini mudcat came and sat beside Chris for an inning. This was pretty cool, except for the kid who came after and asked Chris and I to move. I told him sorry, we had tickets for our seats. Wasn't trying to be a jerk, but I was raised to not TELL someone to move out of their seats. Was kind of funny though. 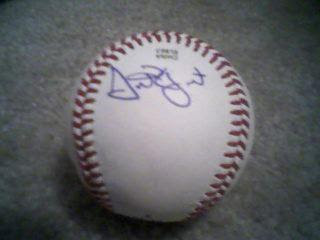 I got a bunch of autographs. Initially, I was disappointed because I paid for field level seats, and there was a huge net blocking us from the players. We did find a place near the visiting clubhouse and got some awesome autographs. The above ball is Dustin Yount. Yes, he is the son of Robin Yount. Dustin has been in the minors for a LONG time. He is a former Orioles prospect. He was a really nice guy, though, taking the time to talk to Chris as he was signing. 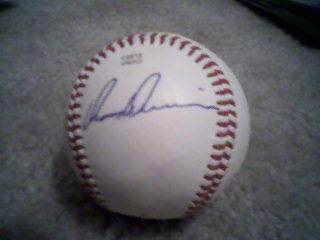 Before we went to the game, I looked at the Lookouts roster and saw that Danny Darwin was their pitching coach. I thought to myself that it would be really cool if I got his auto. I succeeded. Pretty nice signature too. 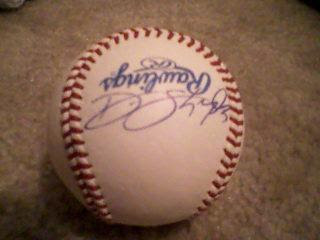 I said before that I wa son a mission to hook Max up, really wanting to get him an autograph of the Dodgers' #1 prospect. I succeeded in that as well. Damn, I'm good. Haha. We got several other Lookouts players. Chris got them all on one ball and I went through 5 single balls. 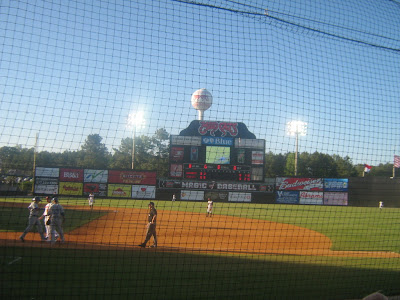 This was our first trip to Five County Stadium in Zebulon, NC. We drive by the baseball water tower every weekend on the way to the shop. I am glad we went. It is a beautiful stadium. I am still partial to Grainger Stadium in Kinston, though. 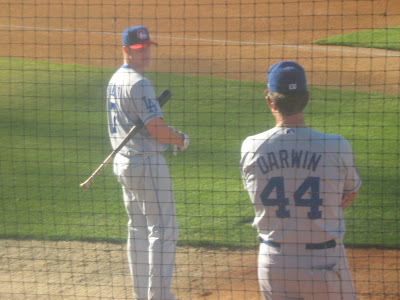 A cool picture of Dustin Yount and Danny Darwin talking before the game. 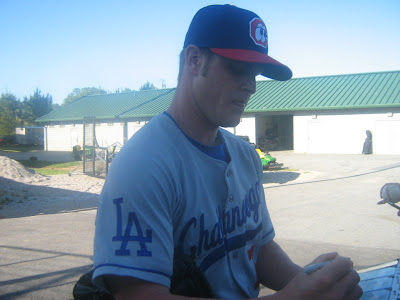 Dustin Yount signing for some kids before he came and talked to Chris. 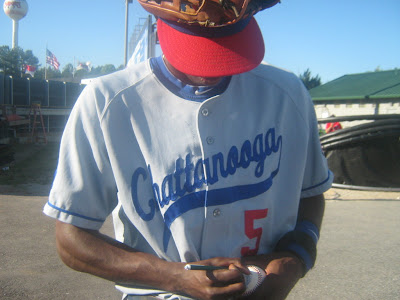 Dee Gordon signing my baseball. He was pretty nice as well. 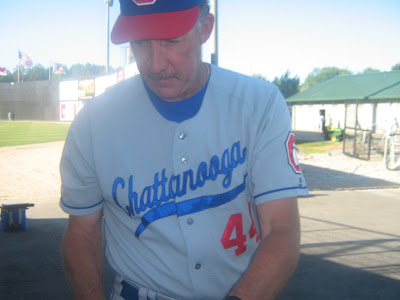 Danny Darwin signing Chris' ball. I like catching some of the 80's stars who are now coaching.
The game was close until the bottom of the 8th when the Lookouts allowed an INSIDE THE PARK GRAND SLAM. That's right. I'm not kidding. Just WOW.
Any thoughts guys? I'm so happy I accomplished my mission to get a Gordon auto for Max. You'll probably be reading about it on his blog shortly.
Posted by William Regenthal at 11:48 PM