When I saw the previews for National Chicle, I thought Uggh, those look AWFUL. I'm glad I was wrong (for the most part).

I opened something like 7 packs of the cards, and I helped Pete open maybe 10 more. I saw some AWESOME relics in Pete's box (I'll let him tell about what he pulled). There are some awesome cards as well... 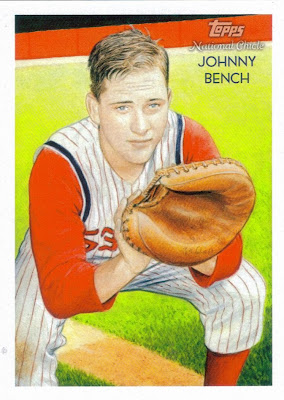 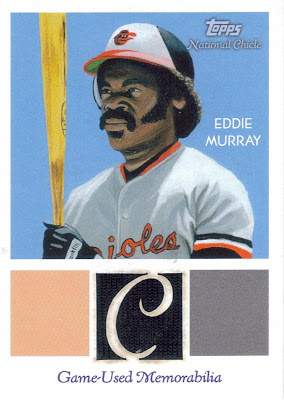 Another good portrait, and it is a relic of an Oriole!! Eddie Murray, woo hoo. Looks like some dirt may be on the jersey, which is cool. 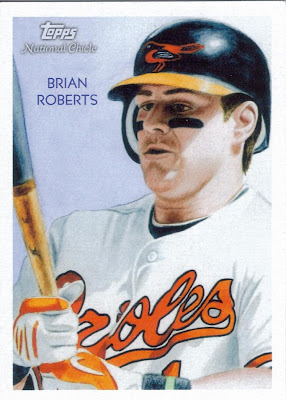 Max and Pete both pulled Roberts, so I got 2 of him already. Never a bad day when I get new Roberts cards. Hopefully he will come off the DL soon. 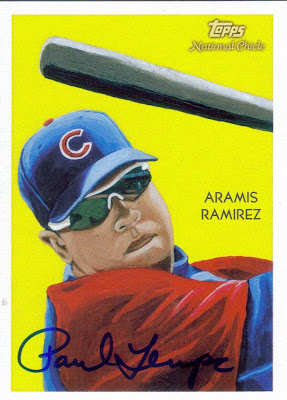 I pulled this and was like oh cool, on card auto... but it is of the artist who designed the card. It is numbered 4/10 which is good, I guess, but I was really underwhelmed with the auto.

I was very satisfied with the cards I saw. I saw some not so good ones though. I wish I had a scan of the Tim Wakefield I saw though. It was a weird looking card. Looked like he was eating the ball.

Posted by William Regenthal at 8:31 PM

Those are some nice cards, congrats on the Orioles hit!

Wow, you're right about the Roberts card

Haha, Incaviglia. Wow, haven't thought of him in forever.