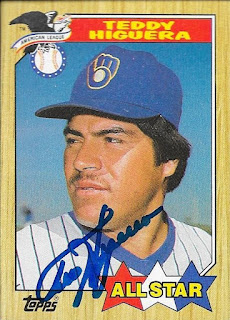 I answered a private signing on SCN in order to knock off two cards for my 87 set.  Teddy Higuera has this All Star card and a base card in the set, so I was glad to see his name come up on the private signings list. 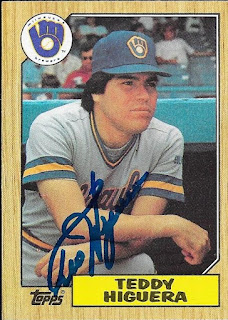 He signed both cards beautifully, and they are now in my 87 album.