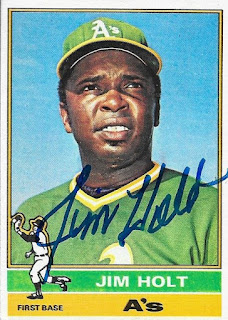 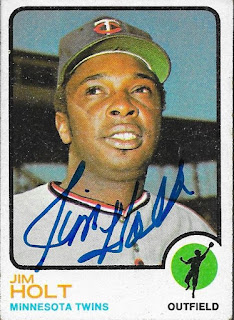 All I could find of Holt in my boxes were these two cards, but they were plenty for me to send.  He has a pretty nice signature.