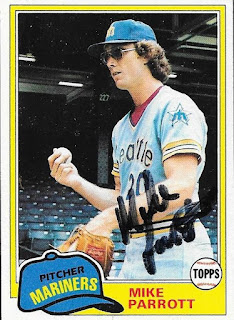 Here are some nice cards I got back signed by former pitcher, Mike Parrott.  Check out the old Mariners uniform on this 1981 Topps card.  Too bad his Sharpie was on the way out, but I'm still glad I got the card signed. 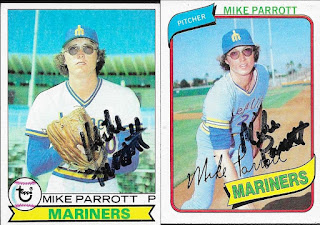 I mailed to Parrott on January 29 and got the cards back on February 9, for an 11-day TAT.
Posted by William Regenthal at 7:21 PM