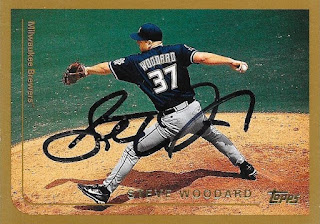 Here are some nice late 90s cards that I was able to get signed by Steve Woodard.  The above 1999 Topps turned out really well.  I liked the horizontal card and the shot of the dirt of the pitcher's mound. 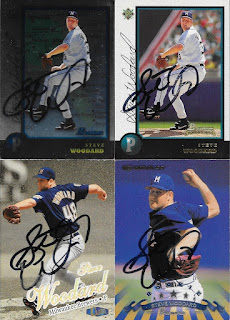 Here are the other cards that I got signed.  I liked the 1998 Bowmans that I found at my LCS.  The rest came out of random card boxes that I have laying around.

I mailed to Woodard on February 11 and got the cards back on February 23, for a 12-day TAT.
Posted by William Regenthal at 7:34 PM