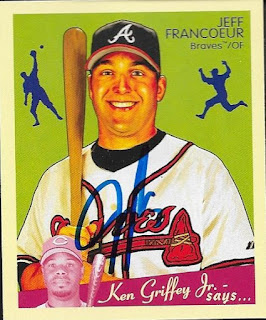 I was really excited to get this TTM success back from former Braves outfielder, Jeff Francoeur.  I had sent several of his cards out, then sat and waited.  I waited a long time, but they finally came in.  The above 2008 Goudey mini turned out really well.  I don't believe I had any of these in my autograph album, so this one will look cool in there. 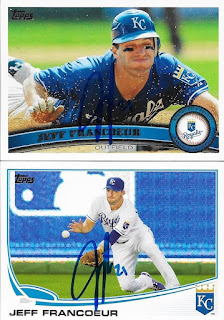 Francoeur signed a couple nice horizontal cards for me, and they may be the best of the bunch.  I especially like the 2013 Topps.  The blue background matches well with his signature, I think. 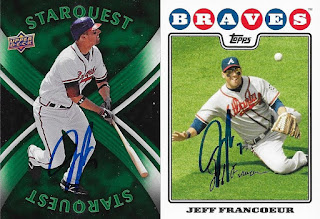 Finally, I put a 2008 UD First Edition Starquest to use, and it turned out really well.  I also added a 2008 Topps to the album.