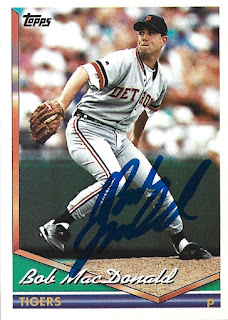 When I can get a 1994 Topps signed, it's always kind of nice.  Not because it is a special set to me or anything, it's because I have so few of them left, the options are thin.  I don't want to buy a bulk box, because the cards will be stuck together, so I just take what I can get.  The card, signed TTM by Bob MacDonald, turned out great. 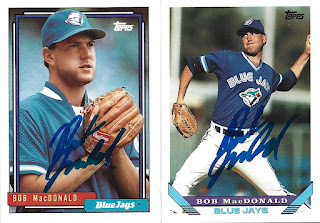 I mailed to MacDonald on October 22 and got the cards back on November 4, for a 13-day TAT.

Posted by William Regenthal at 7:48 PM