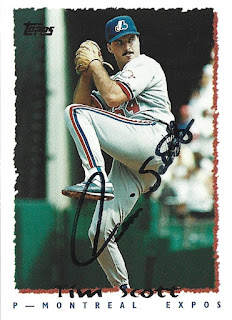 Some more mid-90s cards came back signed TTM; this time from former pitcher, Tim Scott.  This 1995 Topps turned out nicely. 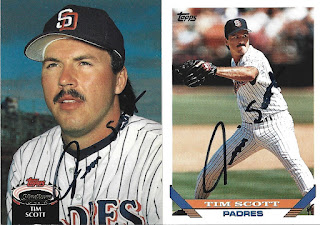 I mailed to Scott on October 26 and got the cards back on November 4, for a 9-day TAT.

Posted by William Regenthal at 11:02 PM