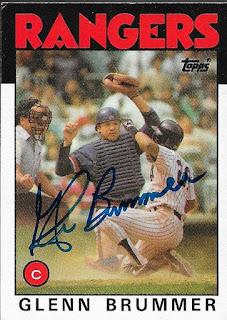 I got a TTM success back today from former catcher, Glenn Brummer.  I wanted to send to him when I saw the action shot on this 1986 Topps.  It turned out really nice.  This was his only card that I had, until my good friend, Max, hooked me up with a few more. 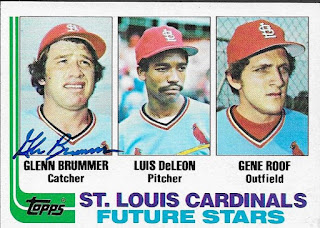 This 1982 Topps Cardinals Future Stars card turned out really nice, as well.  I doubt I will go for the trifecta on this, but you never know.  I'll have to see if the other guys sign. 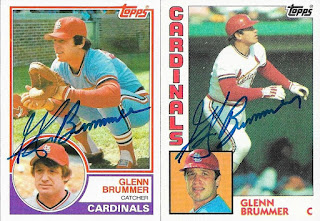 Finally, here are a 1983 and 1984 Topps that Brummer signed for me.  They also look great, as he has a really nice signature.