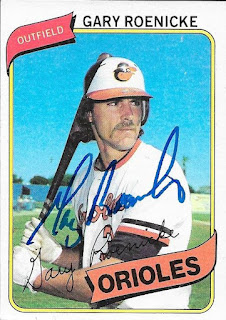 I got a TTM success on Tuesday from former Oriole, Gary Roenicke, one I have had out for quite a while.  I got this nice 1980 Topps signed in blue sharpie. 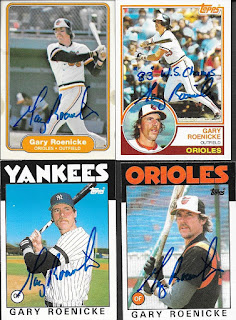