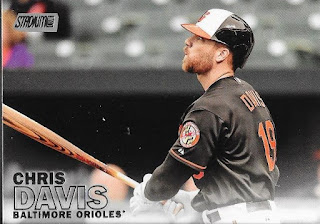 I was able to pick up a few singles of 2016 Stadium Club while I was at the Matthews card shop on Friday.  I got a few for some other people, but had to add to my PCs as well.  I like the shot of Chris Davis above.  Stadium Club has quickly become one of my favorite offerings.  The photos are great!  My LCS has already sold out of Stadium Club, so I will probably be picking up a box at the National.  I may also work on the set, like last year. 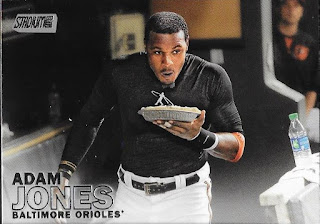 Here is Adam Jones's card.  He is about to pie face someone.  This is a great shot of Jonesey, as it fits his personality perfectly. 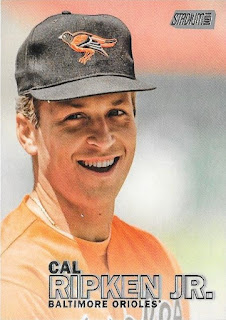 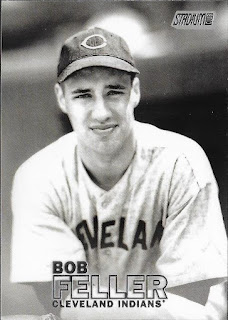 Finally, I picked up this Bob Feller for the Feller PC.  It is tough getting new Feller cards, so adding this was nice.  This is a shot of a younger Feller, earlier in his career, it seems.

I hope Topps keeps up with Stadium Club.  It really looks great this year!
Posted by William Regenthal at 7:38 PM