Christmas in July From Noah 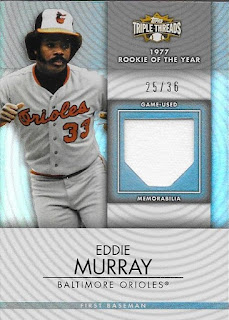 I received a package yesterday from my good friend, Noah, that had the Christmas gifts that he meant to send me back at, well, Christmas.  Noah has been really busy lately, so it was understandable that the package came a bit... late.

No worries, though, as it got here, and there was a lot of good stuff inside.  The above 2012 Triple Threads Eddie Murray is a nice addition to the collection.  The card is numbered 25/36. 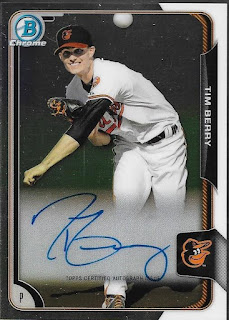 Here is a Tim Berry auto from last year's Bowman Chrome.  Berry was a decent minor leaguer for the O's and developed into a pretty good story, after being drafted in the 30th round.  He got called up by the Orioles, but didn't make it into a game.  He is now out of the organization. 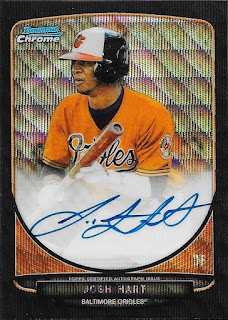 Thank you for the package, Noah!
Posted by William Regenthal at 5:28 PM