The second Hall of Famer we met (after exchanging our Ralph Kiner tickets) was Joe Morgan.  He was really friendly and pulled Chris to his side of the table for a photo.  He smiled real big when Chris put his arm around him for the photo. 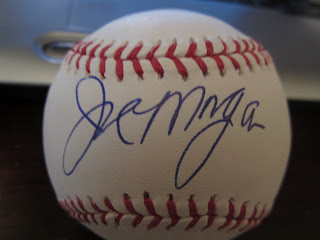 He signed the ball on the sweet spot for the both of us.  My ball is now Tristar authenticated, since Julie (from Things are Funner Here) was nice enough to give me a voucher for authentication. 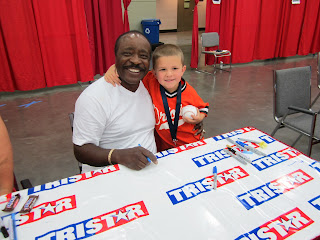 Great photo. Made me smile!

That Chris has a million dollar smile.