I'm quickly frowning on the new version of Blogger, considering that I already wrote this blog entry, hit submit and found that an error caused NOTHING to be saved.  FAIL.  Anyway, back to what I was saying.....

Among the stuff Drew sent in his awesome birthday box to me were some random Orioles cards.  A few of which came from his 'mysterious binder' that he picked up as part of a craigslist sale.  Head over to Drew's blog and check it out.  I was lucky enough to see the mysterious binder in person, and believe me, it definitely is amazing. 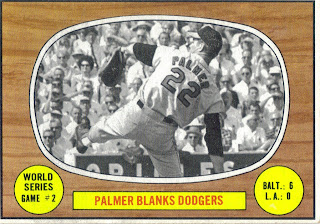 I thought this 1967 Topps World Series Highlights Jim Palmer was really cool.  Also, since I don't believe I had ever seen one before Drew showed me, I was really happy to see that he added it to my 'present'. 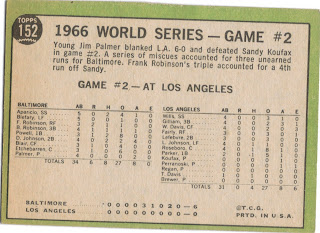 Looking at the box score from this game, oh how I long for the Orioles to return to their winning ways of the past and get away from the joke that they have become. 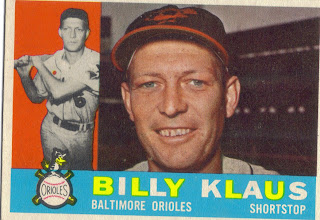 Now onto some 2011 Allen & Ginter that Drew threw in from his recent box break. 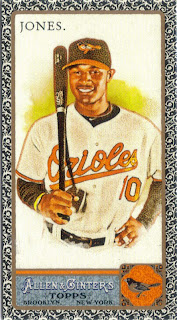 I really like this year's black bordered minis.  Here is the Adam Jones, and it looks pretty sharp.  Recent years' black borders were kind of bland, so it was nice to see Topps shake things up slightly. 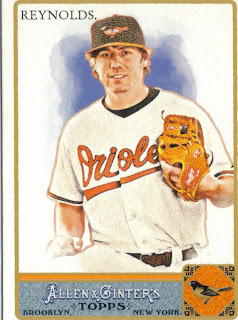 Thanks again, Drew for this awesome stuff.

Check back later on for one more item from the birthday box.  I hope to post it soon.
Posted by William Regenthal at 10:54 AM

Glad you liked the stuff man, enjoy it!