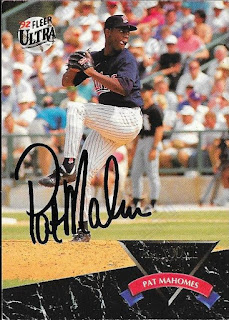 Sometimes, when I send a TTM, the cards I send have some kind of a story behind them.  Maybe they came in a box that my mom gave me, or I found them in a box from my childhood collection, whatever the case may be.  This success from Pat Mahomes had a story when the cards came back to me. 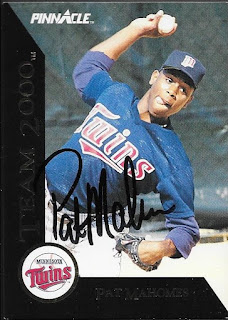 I wondered why the back of my return envelope was stained brown when it came in, and when I opened it up, I discovered that some of my cards were stuck together.  It appeared as if after Mahomes signed my cards, he spilled his morning coffee on the envelope. 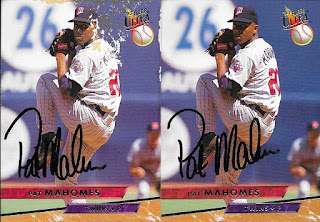 All of that being said, I'm not too upset.  The cards will still go in my album.  The better of the two 1993 Ultra will likely be set aside with my other duplicate autos, and the damaged one will take its place with my other TTMs.

I mailed to Mahomes on November 2 and got the cards and some of his coffee back on January 9, for a 68-day TAT.
Posted by William Regenthal at 7:08 AM