I got a $25.00 Ebay gift card from my wife and son for Father's Day and struggled figuring out just what I wanted to get with it. I finally decided to knock a card out that I have been wanting for some time: Jim Palmer's rookie card, a 1966 Topps. 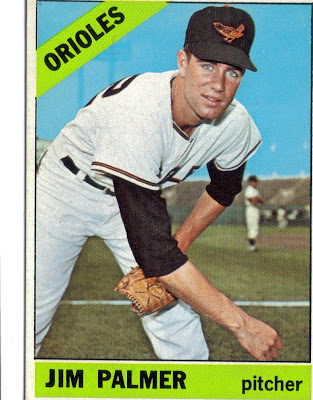 The scan doesn't do the card justice, the centering is really good and there are very few flaws, mainly a dinged corner. I got the card for $13.00 + $3.00 shipping, so I had a little money left over on the gift card for something else. 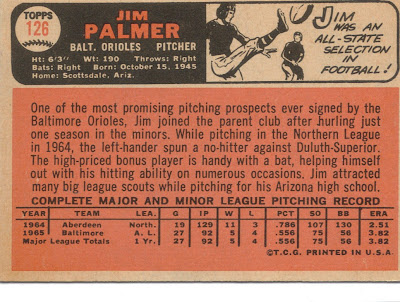 Nice pick up! Can you beat a great conditioned Hall of Famer's rookie card (with shipping) for less than a blaster?

Very Nice, I got a pretty good deal last year on my Palmer rookie card from eBay too.

Nice, I too have this card, love picking up hall of fame rookie cards every now and then!