Happy July 4th to everyone out there. I spent the day enjoying my day off... playing Wii with my son and then going to the final 4th of July game at historic Grainger Stadium in Kinston, NC. As you all may know, the Indians are leaving Kinston at the close of the 2011 season. While I am sad that this is happening, I'm not surprised. I'm holding out hope that another team will be taking their place, but who knows if that will happen.

Last year, I took the family to Kinston and left with a game worn 4th of July jersey (read about the game here). This year, the team did a similar promotion, but the jersey was in honor of the military and the numerous nearby military bases, so this year's jerseys were camouflage. 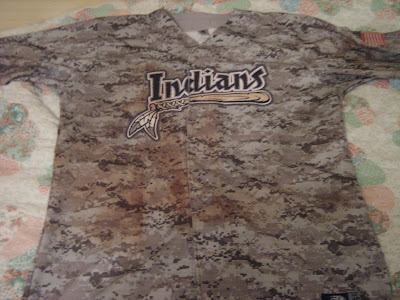 Tice went 1 for 4 tonight with a single. He is currently batting .252 on the season. The coolest thing about this jersey, and the reason I went for it was because he got it nice and dirty for me! I'm definitely going to keep it as is and display it in that fashion. 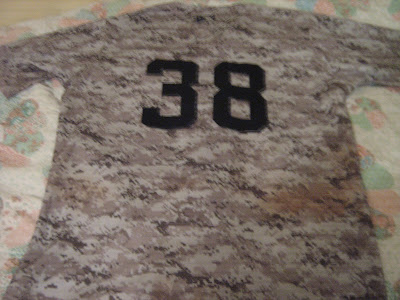 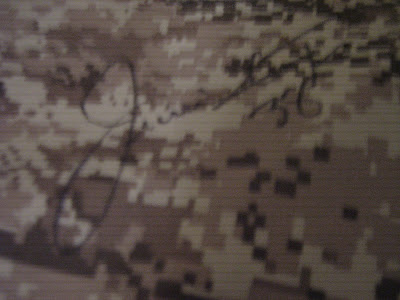 Also, Tice autographed the jersey after the game, so I was pretty happy about that. 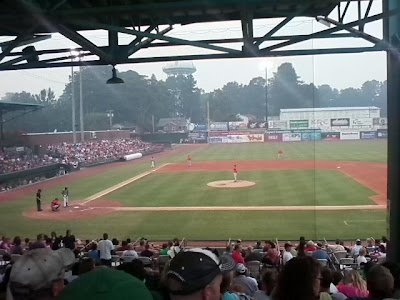 Unfortunately, my digital camera is on it's last legs, so I was only able to snap a few pictures of the game with my handy-dandy cell phone. As you can see here, plenty of people came out to enjoy the smoke filled historic Grainger Stadium (there is an on-going wildfire to the southeast of this area, and the smoke has lingered about for weeks, now). The smoke was pretty harsh tonight, and I still smell like it. Uggh. 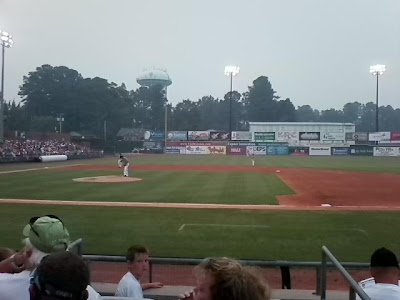 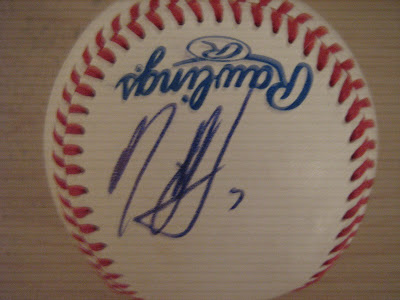 Another cool thing about the game was that the Indians were playing the Frederick Keys. I was able to get a baseball signed by Orioles #1 draft pick from the 2010 amateur draft - Manny Machado. I now have baseballs signed by 5 Orioles #1 picks - Manny Machado, Matt Hobgood, Matt Wieters, Billy Rowell and Brandon Snyder.

I hope everyone had a happy and safe 4th of July. I sure did!!
Posted by William Regenthal at 10:58 PM

Nice jersey - I wonder why Machado didn't sweet spot your baseball? I got him about 3 weeks ago in Kanapolis and he sweet spotted a OMLB for me. Maybe the promotion has got to his head j/k.